Today I’m taking you behind the scenes to show you how I designed the robots and submarine in the story.

Quick recap: Sally Tinker is the world’s foremost inventor under the age of twelve. In Gastronauts, Sally’s baby brother Joe swallows an invention called the smartCHIP, along with a bunch of tiny robots called smartbots, and also a tiny shrunken submarine containing Sally and her friend Charli.

Here’s how I designed Sally’s SUB and the smartbots. But:

I’ll discuss plot points for the book, so if you haven’t read the book yet, go do that first, then come back.

Have you gone and read the book?

Ok, here’s how I designed the SUB and the smartbots.

First sketches are usually pretty rough, and can be quite different to what ends up in the final book. These sketches are no exception.

In my first draft, Nan joined Sally and Charli on their journey into Joe’s body. So the first sketch looked like this:

In the first draft, the SUB was much more fish-like. In fact it wasn’t even called the SUB, it was called the Minnow, named after a tiny type of fish (not Gilligan’s Island).  The Minnow belonged to Nan’s friend Jack Coastal, the famous ocean explorer (Jack Coastal being a literal English translation of the name of a very famous oceanographer). Nan is giving the Minnow a tune-up in her auto shop, and Sally and Charli beg her to borrow it to journey inside Joe.

Here’s a colour concept I sketched up – one of the first images I got in my head when thinking up the story.

The smartbots were originally called nanobots, then medibots, and were much more spidery to begin with. Here are my first sketches. 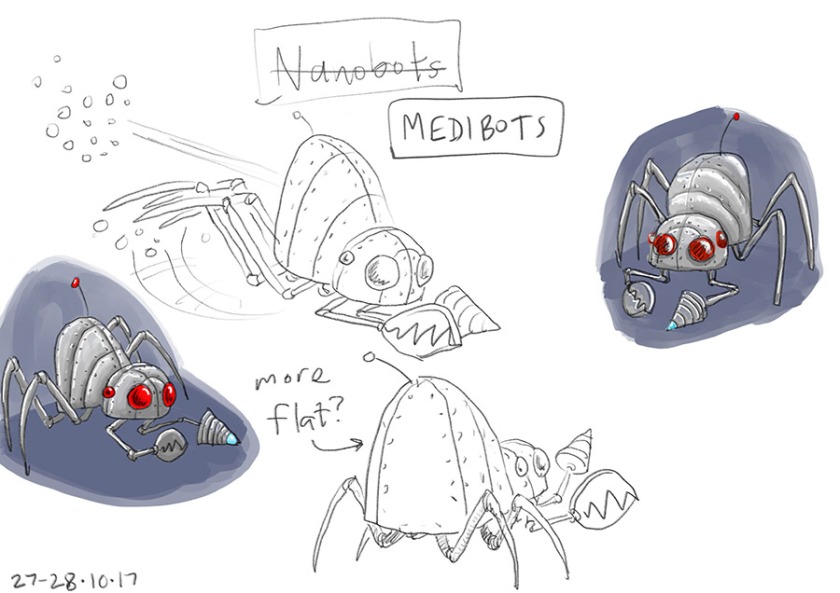 Although I loved the medibot designs, I wanted to simplify them down, as I knew I’d be drawing them again and again, and from various angles, throughout the book.

And once the story had developed a bit more – and Sally’s SUB was to be built from a spare smartbot shell – I had to adjust that design too. I also knew it needed somewhere to store scuba suits and a periscope; it also needed more internal space so that Sally and Charli could walk around inside and have conversations. SO it was back to the drawing board.

Here’s the options I ran through to get to the final smartbot and SUB designs. I had to consider the side view and front view, making sure that the designs were easily recognisable from both angles.

I also had to ensure that the ‘cockpit’ at the front of the SUB had a massive windscreen to allow the reader to see Sally and Charli easily.

The smartbots needed a relaxed ‘standby’ mode as well as a protective ‘attack’ mode; it was fun to design a robot that could go from cute to creepy in a single moment.

And here’s a more detailed view of the SUB, showing all the various parts.

All this work spent designing things is invaluable; it makes it so much easier to draw the book when you plan ahead.

Here’s a spread from the book showing the final designs for the SUB and smartbots. 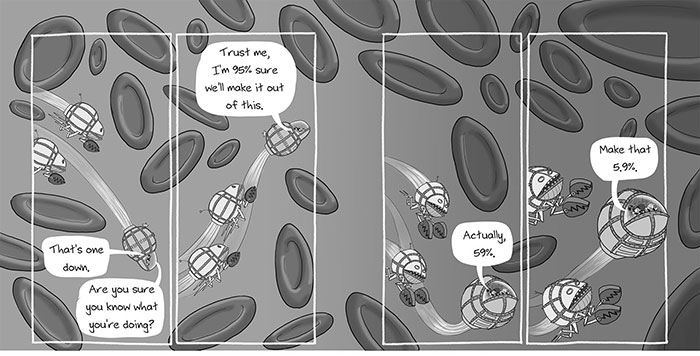 And here’s a closer look: 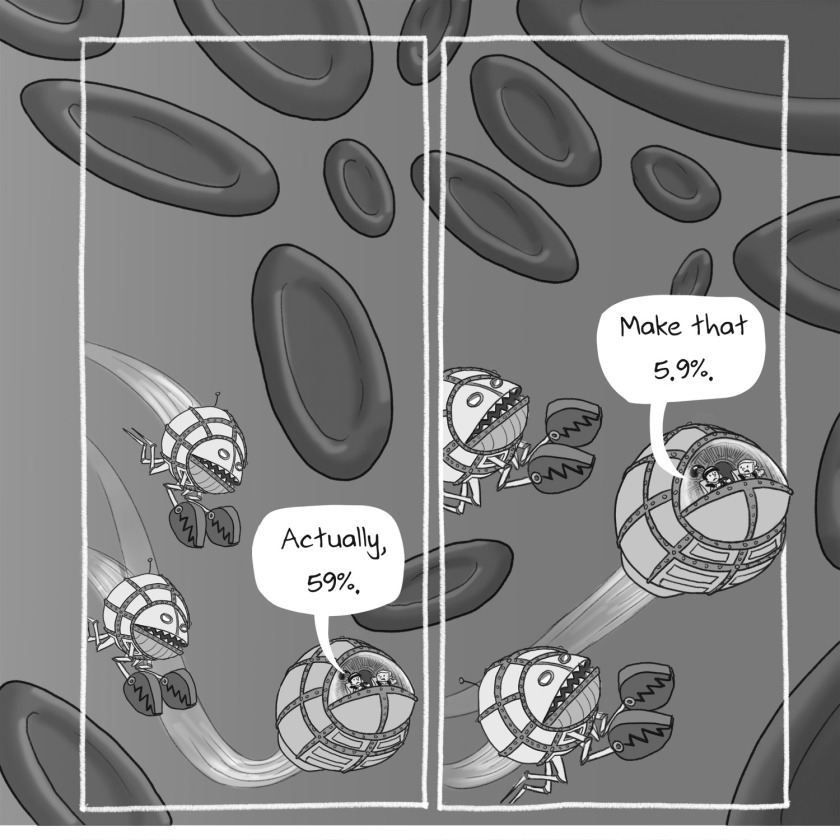