OUT OF STOCK elsewhere – REPRINTING EARLY-2021

In the city there’s a zoo. In the zoo there’s a lion.
And in the lion, there’s…

So begins In The Lion, a darkly funny picture book for younger readers. A young boy visits the zoo with his family, only to find an enormous lion is swallowing everything and everyone it can. Only the boy has the courage to stand his ground and stop the lion.

“… full of colourful and clever illustrations, and repetitive text that will engage and delight young children.” – Scoop Magazine

“vibrant cartoonish illustrations and a repetitive text whose tension builds and builds until young readers will be ready to pop right along with the titular beast, In the Lion is sure to delight.” – WritingWA

“This is one of our most popular books and is being read all the time at school.” – BookTrailers4KidsAndYA

“… hilarious … children will be laughing out loud. The story works well as a read-aloud, but is even better for one-on-one sharing so that you can make the most of the illustrations.” – Picture Book Nook

“a picture book that kids will want to listen to again and again. I love it.” – Susan Stephenson, The Book Chook 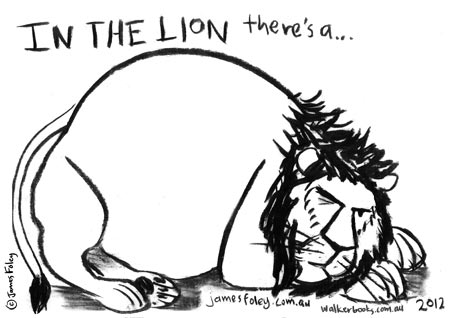 Handout
Ask the students to come up with the craziest possible things the lion might have eaten, and get them to draw them inside (e.g. Yoda from Star Wars, a toilet, a school bus, an elephant, a bottle of poison, a bomb, a entire football stadium with a match being played, the sun, the world, the Eiffel Tower, another lion which also has another lion inside it, etc etc).
Download for non-commercial, educational purposes only.

In The Lion – chef

In The Lion – back cover 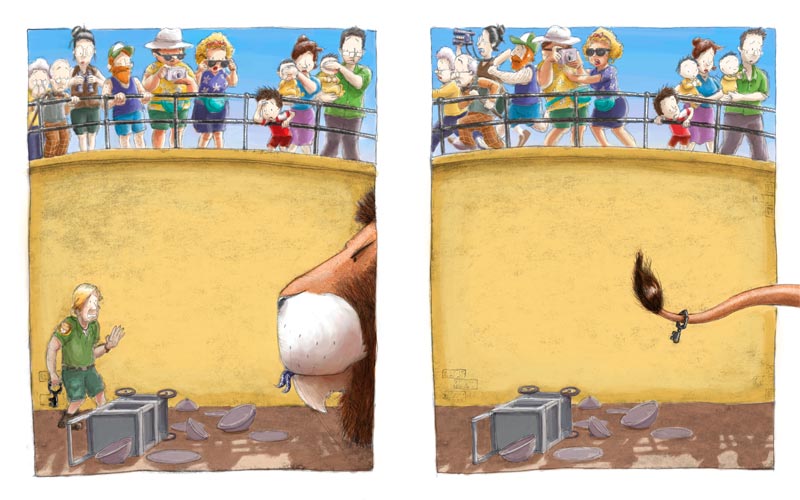 In The Lion – bystanders

2 thoughts on “In The Lion”