We set up this blog to promote The Last Viking, a picture book we created in 2011, and to share some of the fascinating Viking history and legends we came across while researching Viking times. We also wanted to share the process of the book’s creation so that when readers finally saw a finished a copy they would feel like they had been part of the story’s birth.

Happily, The Last Viking proved to such a success that we have been allowed to produce the sequel which will be in all good (and some bad) bookshops in September 2014. It is to be called, surprisingly, The Last Viking Returns, and is going to be about the last Viking, er, returning. Seriously, it is set about years after the first story when the twins who appear on the last page are now out-of-control two year olds. Nan and Pop take young Knut and the terrible twins to Viking World, a theme park where Knut gets into all sorts of trouble and danger.

Guidelines for interacting with the blog

We love hearing from readers! We also want to make this blog a safe place for students. Please stick to the guidelines below so we can make this a good place for everyone to visit.

In The Last Viking, Josh is introduced to the world of vikings. He wants to be as brave as they were. But when Josh comes face-to-face with real-life trouble, he begins to find out how brave he really is. Lucky for him, the Norse gods (Odin, Thor and the rest) have been watching, and are willing to protect their newest follower.

The Last Viking Returns starts after the birth of Josh’s little brother and sister. Josh is still as brave as a Viking warrior, and not much can scare a Viking. But the two littlest Vikings are going berserk. They think they’re invincible, and that spells trouble! When Pop takes the family to Viking World, Josh finds out just how far he’ll go to keep them safe.

Bullying
The Last Viking is most obviously a story about bullying. Josh is picked on for his unusual Viking dress sense, and needs to learn assertiveness in order to stand up to the bullies. Most kids will relate to this situation.

Courage
The need for courage in the face of adversity.
In the words of Nelson Mandela- “The brave man is not he who does not feel afraid, but he who conquers that fear”.

Imagination
The power of imagination to pull us out of the everyday and change our lives for the better.
In the words of Orison Swett Marden (1850 – 1924), an American writer and philosopher: “All men [and women] who have achieved great things have been great dreamers.”

Family
The Last Viking Returns is about brothers and sisters, and learning to get along. It’s also about the responsibility that comes with being an eldest sibling, and how sometimes you want to throttle as well as protect your younger siblings all at once.

The Hero’s Journey
Our young hero, Josh, must go on a journey to discover and recover his courage and sense of power.
Josh’s story follows the ‘Hero’s Journey‘, an archetypal story pattern found in many ancient myths and legends (as well as contemporary stories such as The Matrix, Star Wars and Spiderman).

James Foley and I have had so much fun working The Last Viking books together and sharing our experience with school groups and literature festivals. Meeting our readers and seeing their delighted reactions to our stories and James on-the-spot sketches is a major highlight of creating this work. James and I share a childlike sense of humour and also a love of movies and, although we try not to let these influence us too much, unconsciously, many of our favourite scenes do try and creep into the plot and illustrations.
Until The Last Viking my most popular book was the picture book, In Flanders Fields, beautifully illustrated by Brain Harrison-Lever and winner of the Picture Book of the Year Award, and my most recent book is a historical novel set on Rottnest Island, called Jack‘s Island, which won the a local award in the children’s choice Western Australian Young Reader Book Awards. And, boy, was I pleased with that.
I’m working on another historical novel called The Smuggler’s Curse and really enjoying researching smugglers and pirates at the time of Napoleon Bonaparte and the war with England. Ah, it be fun, it be, Jimlad. All I have to do now is finish it, but I’m reluctant to leave the 19th century and my imaginary friends from  back then.
I’ll let James introduce himself… 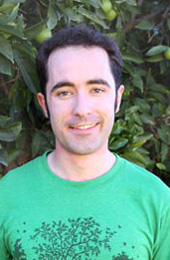 Hi. Welcome to the blog. I’m a children’s writer and illustrator. Recently I wrote and illustrated In The Lion (2012), and I illustrated The Amity Kids Adventures chapter book series (2013).

But my first picture book was The Last Viking. I remember it being a very steep learning curve. This blog helped me to document my process.

Working on the sequel, The Last Viking Returns, has been a lot easier so far. Part of that is having more practice and experience, and the rest is due to a lot of the groundwork being done with the first book. There are only a handful of new characters to create this time around, and the style of the book is already set. This means I can spend more time enjoying creating each page.

I’m really excited about this one. Thanks for visiting.

How to navigate the blog

The easiest way to navigate the blog is via categories.

There’s always a drop-down category menu on the right-hand side (scroll up a bit, you should see it on the right). Select one of the categories to bring up a list of posts on that topic.

Alternatively, use the Search function– it’s on the right hand side, below the book cover.

These sets of posts cover the design process for a particular scene, character, or aspect of the books.

The Last Viking – the initial idea:

The story of how the story came about

Getting the Viking vibe

The Norse gods- Odin, Thor and others

The all important opening scene, Part 1

The all important opening scene, Part 2

The all important opening scene, Part 3

The all important opening scene, Part 4

a murder of ravens up for retrial

The ravens, Huginn and Muninn

The Last Viking – Interaction between text and pictures:

Conflict between text and illustrations

How text and pictures interact (and sometimes don’t)

How to draw bullies

How text and pictures interact (and sometimes don’t)

Part 2- refining the design with Cate