Wolverine is Josh’s dog. Norm had the idea to make him a West Highland Terrier- cute, loyal and with a moustache like a Viking. 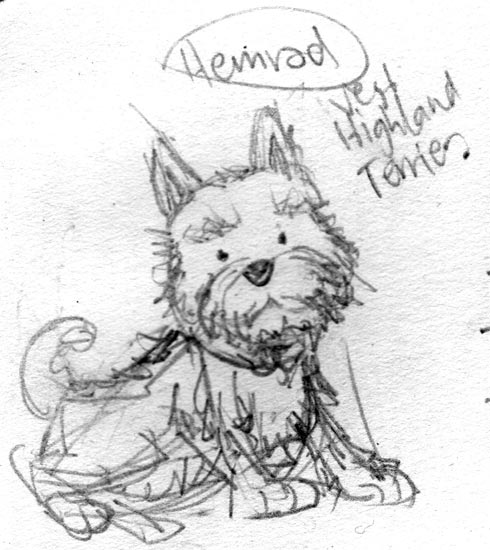 and an early turn-around.

The first watercolour sample was promising.

I met a nice couple walking their Westy on Fremantle’s Monument Hill one morning, and they let me take some more reference photos. I wanted to get an idea of the breed, how it moves, what the temperament is like. They’re gorgeous, playful dogs. 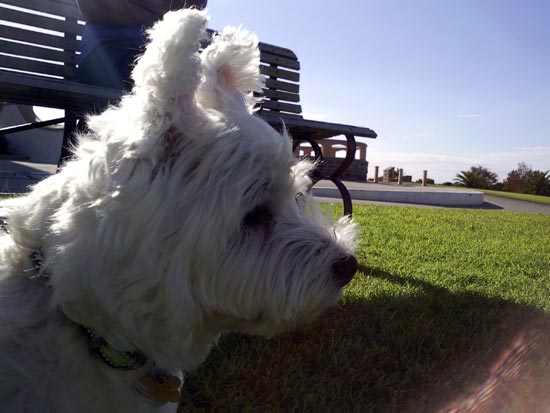 At first he was just sitting around in the images, not doing much- now he’s interacting much more with the environment and other characters. His personality is coming through. He is fiercely loyal to Josh, and much braver (at least to start with).

It’s been a lot of fun to work on Wolverine. I’ve learnt more about dog anatomy and movement. But he’s only one breed of so many! There’s so much more to learn…

5 thoughts on “Working on Wolverine the Westy”