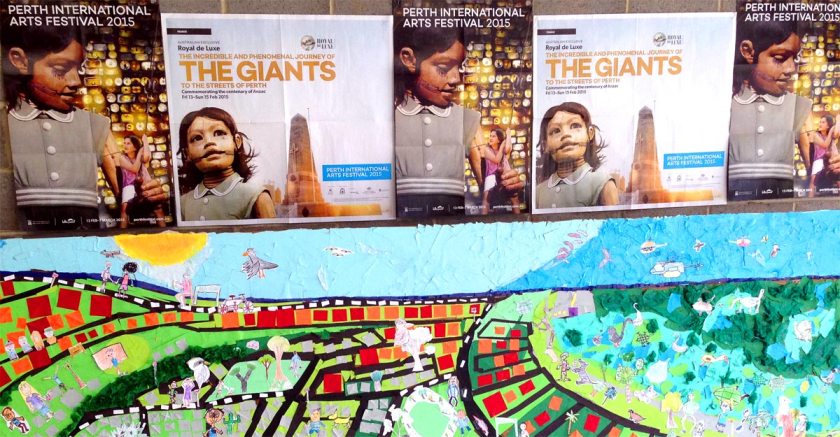 This year’s Perth International Arts Festival will see a 6 metre-tall girl walking down St George’s Terrace. She’s called ‘the Little Girl Giant’, and as part of her visit she’ll receive an enormous book from the children of the City of Perth. I helped schoolkids produce some art for the book. More details on the Giants and the book below.

The visit of the 6m Little Girl Giant (and her 10m tall deep-sea-diving uncle) is being referred to as “The Giants”, or if you want to go by the full title, “The Incredible and Phenomenal Journey of the Giants to the Streets of Perth“. *phew*  The Giants are immense puppets created by French company Royal De Luxe. This arts event is the biggest ever in Australia; it will take over Perth for three days, and it’s free to watch.

The Little Girl Giant will receive her enormous book from Perth children tomorrow (Friday 13th February) during her travels through the city. You can see the route she’ll take on The Giants’ journey webpage.

I’ll be there and I’ll be tweeting live.

If you’re in Perth you HAVE to go see this.

This was the plan: eight primary schools from around Perth make a giant book together. Each school makes a mural, a giant’s view of their local area, and each mural is photographed and printed across two pages. The finished product: a 16-page book, a gift for the Little Girl Giant.

PIAF invited me to work with four of the schools (West Leederville, White Gum Valley, Nedlands and Churchlands) and invited another local artist/writer/illustrator, Kyle Hughes-Odgers, to work with the other four (Geographe, Bassandean, Cannington Community College and Spearwood Alternative School). I had arts facilitator Michelle Hall helping me with my schools, and Kyle had Alsion Caeiro helping him. We had two days with each school to complete a mural.

I’m a bit more concrete with my art; I like things to look how they would look, more or less. So for our four schools we went with a map design. We would start at a new school by getting to know the kids who would be helping us, getting a feel for what their personalities were like, what their energy levels were like, what their sense of humour was like. And also getting ideas about what was important to them in their local area, and what stories happen there.

I would then start the mural by sketching out rough landmarks and roads. If students wanted more space for an important area like their school or a park, I would adjust the shape of the roads to suit. Once the group was happy with the underlying design it was time to start thinking about colour choice.

Michelle did an awesome job of collating ideas from the students about the major zones in each community, and what colour choices might work best for each. In the example below, Nedlands PS students were close to the river so it became a prominent feature of their design. The foreshore and local parks were also important, as was the University of WA. General suburban blocks were another focus, and the school was vital to include.

The students broke up into groups, one for each major zone on the map; then they cut coloured paper and stuck it to the board using PVA glue (I decided against paint, thinking coloured paper would provide us with more consistent colour choice in each mural as well as reducing the amount of mess).

Here’s the Nedlands mural partially coloured; you can see some of the charcoal sketch still showing through.

Here the background colour is complete. The next step was to add housing, characters, trees, transport and animals.

Michelle took brilliant notes on specific stories the students wanted to include in the mural (e.g. they spoke about someone who walks their pet pig around UWA). I gave some quick instruction on drawing facial expressions, bodies, common animals and modes of transportation, then the students drew their own.

We allocated specific stories and locations to certain students to make sure the pictures were included; it also saved us wasting time, e.g. if several students all tried to draw Winthrop Hall at once). Other students were on tree-drawing duty or car-drawing duty or aquatic animal-drawing duty. We tried to monitor what type of drawings we were getting as we went, so that if everyone suddenly decided to draw palm trees exclusively – which happened – we could change tack and ask for more pine trees, or gum trees instead. It was a juggling act but the students were very responsive and collaborative.

Below you can see the grounds of UWA. A lady is walking her pet pig; another is feeding her baby; Winthrop Hall and it’s reflection pool can be seen, as well as the pines of the Somerville Auditorium. One student drew me dancing and put me in the middle of the Uni grounds. Another drew Santa driving down Winthrop Ave in his sleigh (his speech bubble says “Ho ho hooo!!! I bought a jeep”).

Here’s Nedlands Primary School. Note the three grumpy teachers; I’m sure it’s not indicative of the actual teachers there and just a joke on the student’s part … 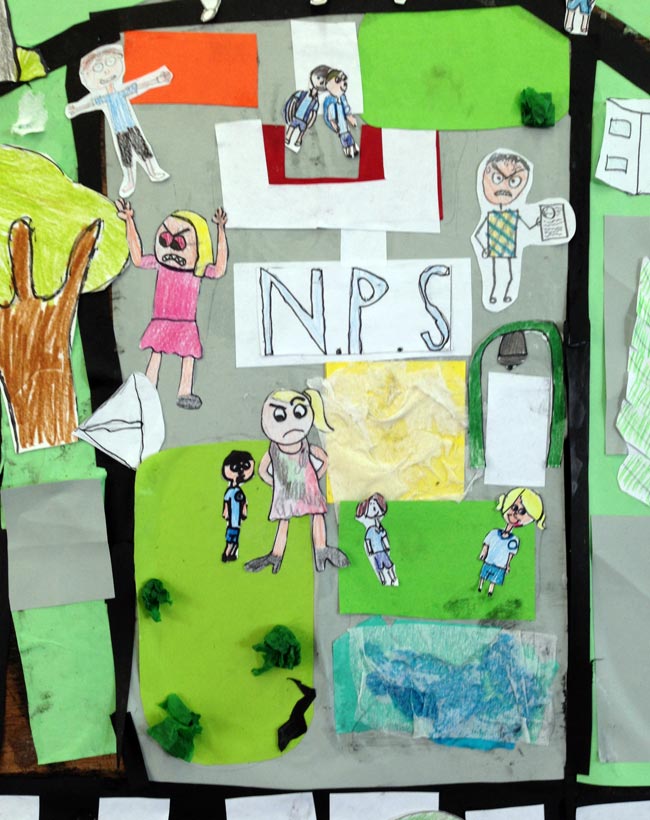 And here’s the happy smiling faces of our Nedlands PS team! They did an awesome job. 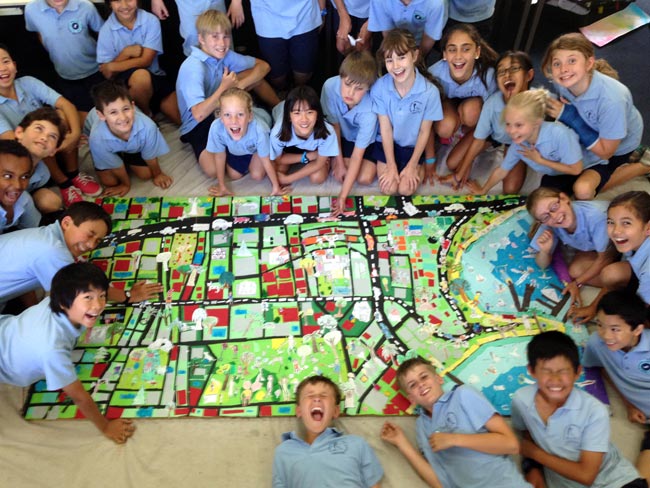 A lot of these kids will be at the presentation of the giant book tomorrow. If you’re coming along maybe I’ll see you there – otherwise you can follow my live tweets.

Huge thanks to Michelle for facilitating the days with our four schools; I would have gone mad without her assistance! And a big big thank you to Jemma Gurney from PIAF for inviting me to be a part of the project.

See below for more photos from the making of the murals … 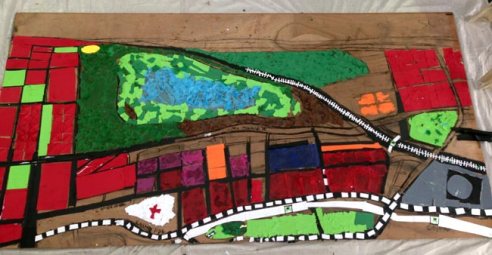 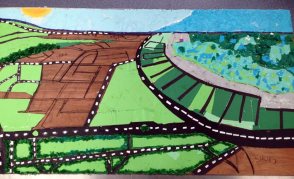 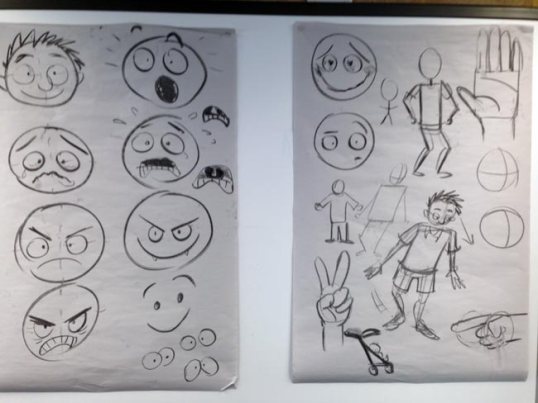 Churchlands details – a pirate taking his fish for a walk

Churchlands details – I recognise those guys … 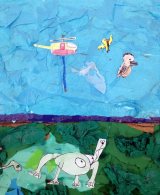 4 thoughts on “How to make a book for a Giant”