As I’m currently busy with final artwork, I thought I’d take a different tack for this week’s post- rather than focus on a specific character and their development, I’d show you some more recent sketches and sculptures.

I’ve been looking more closely at ravens lately- though I wish I’d done it sooner. I’ve almost finished all the pencil outlines for the book, and I’ve realised that the ravens in the first three-quarters of the book look like dirty pigeons. The ones I’ve drawn more recently are looking much more accurate, because I’ve been looking at reference photos. Who would have thought that drawing from life was the way to go.

Here’s some studies and some final artwork for the ravens on page 28… (when pages have been tricky, I’ve sometimes been drawing the backgrounds and characters separately, then stitching them together with photoshop). 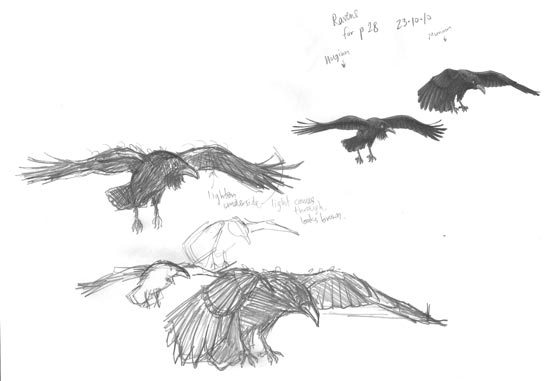 I’ve discovered that ravens have very complicated bodies, and their bodies look different all the time- they can hunch their back, pull their shoulders up, bob their head up and down- and then of course you have all the different movements involved in flying (and then, how to show those movements from different angles). Without reference photos I’d be stuffed.

Here’s another raven drawing- this guy goes on page 25. 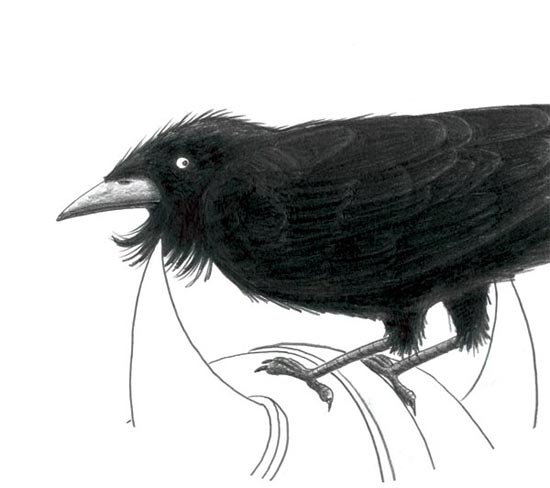 I’ve made another Josh sculpture too- I was having trouble getting his profile right, so I put this guy together. He’s more accurate than the previous sculptures I’ve done. 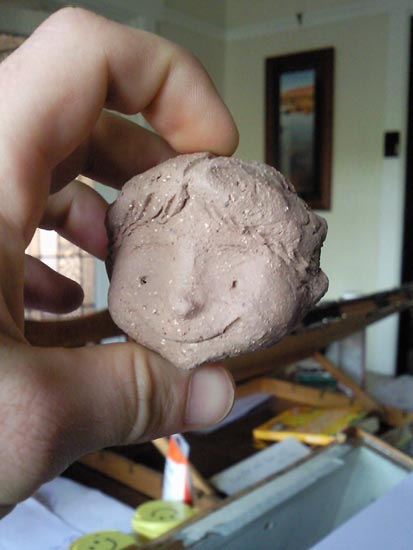 At one point I was feeling very stuck- I didn’t know if what I was doing was good enough, and I was fussing over unimportant details. One of my illustrator buddies, Karen Blair, suggested I pull the stick out and draw with some charcoal. Here’s the result- it’s just over A3 size. After doing this sketch, things got a lot easier and much more fun. Cheers Karen. 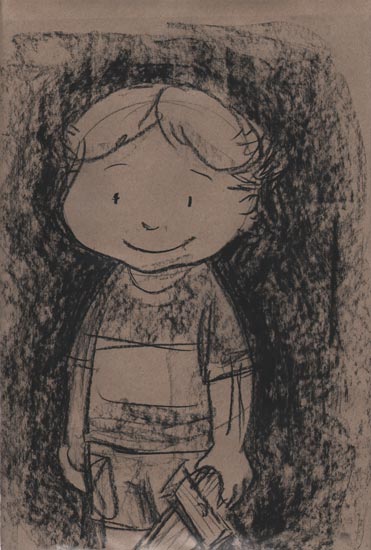 Charcoal helps me loosen up my drawing. Here’s a more realistic Westy sketch I did recently in charcoal. 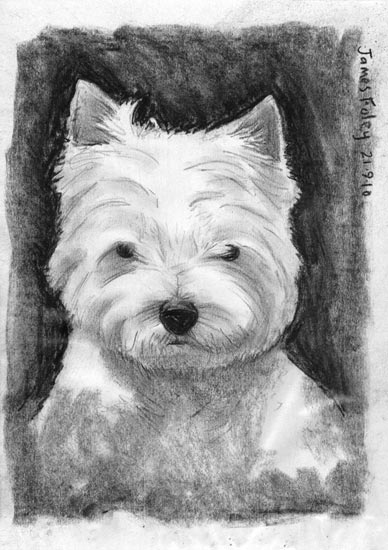 And finally, as a super special treat, here’s another sketch- but it’s not by me, it’s by Karen. It’s her take on Josh and Wolverine. Josh’s rosy cheeks looked a little like he’d spent too much time in the sun, hence the caption. 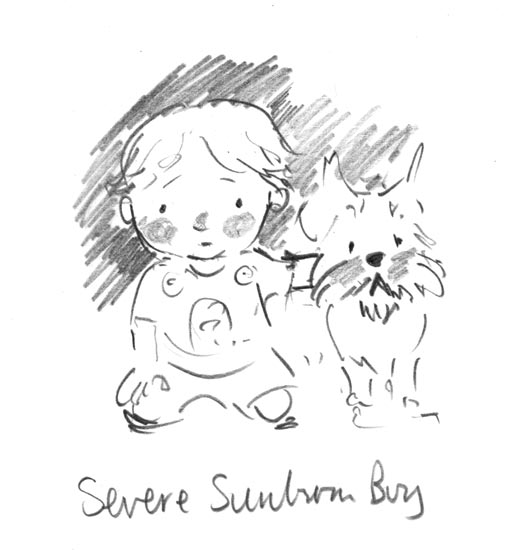