Over the last two weeks I’ve talked about the initial designs and how Cate and I refined those designs. Now- here’s how I coloured it in.

I started off doing all the shading in light brown, just as I did for all the internal pages. This helps me see from the start where the light sources will be. (For those digitally minded, the light brown layers are actually a dark brown colour, but set to 40% opacity. As I’m using Corel Painter, I’ve set the layer mode to Gel rather than the standard Photoshop choice of Multiply- Gel seems to let the colours interact the way they would do if they were watercolour paint. I’ve found it produces richer colours).

Here’s the brown tones (what I’ve called the ‘sepia layer’) half done.

And the sepia layer completed. If I can see a sense of depth in the picture at this stage, then I know that it’s all going to look okay once the colours are completed. 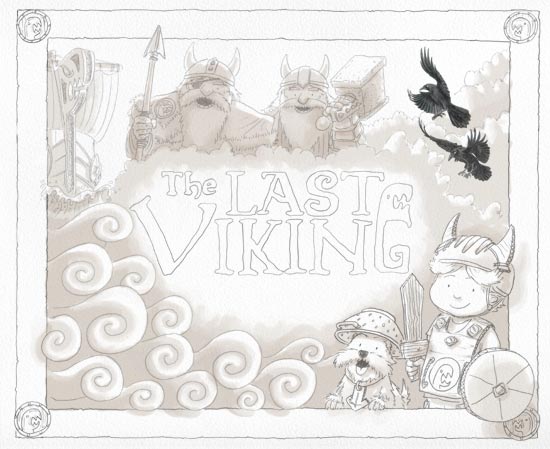 Next up was the background colours. The sky and cloud tones are very important as they contribute greatly to the effect of light. 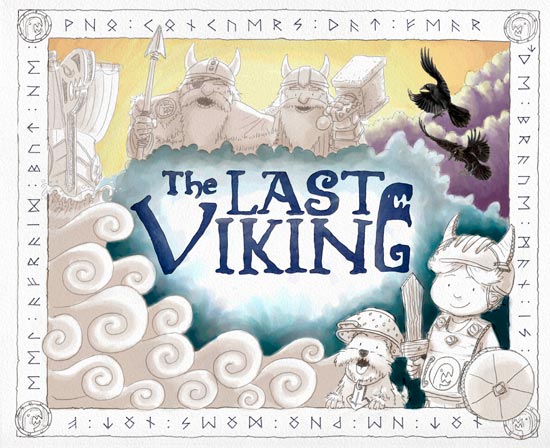 Next I added in the waves, with layers of sea green and blue, blended together to make a smudgy watery effect. I also added in the basic colours for Josh and Wolverine.

I added the borders back in- all seems to be looking good at this stage. The colours were balancing well. 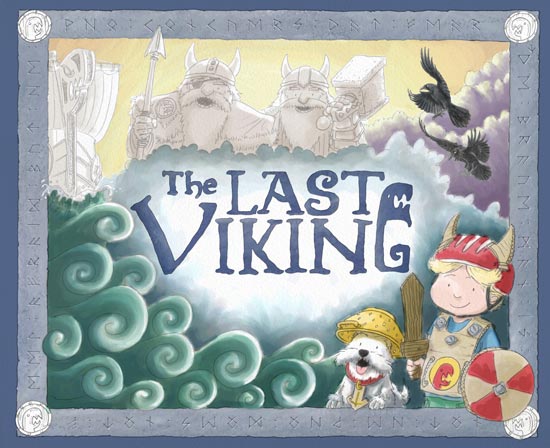 Just out of interest, here’s the same image but with the sepia layer taken out. You’ll see that the colours lose their richness.

Next up was the Viking ship and the Norse Gods…

…and some extra shading for Josh and Wolverine, to make them pop from the page. I’ve also added lightbeams behind the Norse Gods.

I then took the file into Photoshop and added shading and highlights to the border- subtle things to add to the illusion of depth. 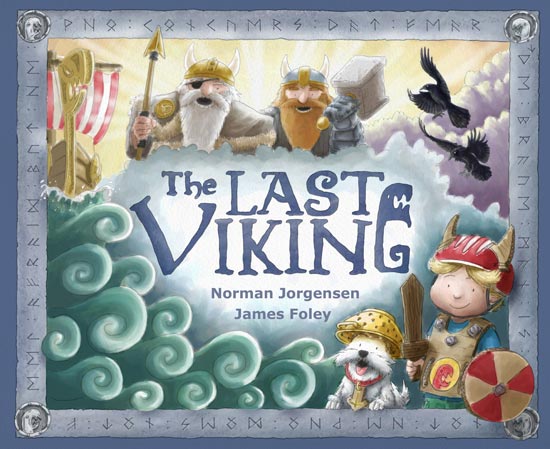 So here’s the final cover, front and back. All done!