Between now and the launch of The Last Viking Returns (Sept 1st, 2014), I’m going to do a series of posts showing my rough sketches for all the characters in the book.

I’m starting with the family characters. First up is our main man Josh.

Even though I’d illustrated a whole book with him before, it had been almost 3 years since I’d drawn him regularly. I wanted to feel more confident at drawing him consistently, so I sat down and worked out how to draw him again. These are my sketches and notes. 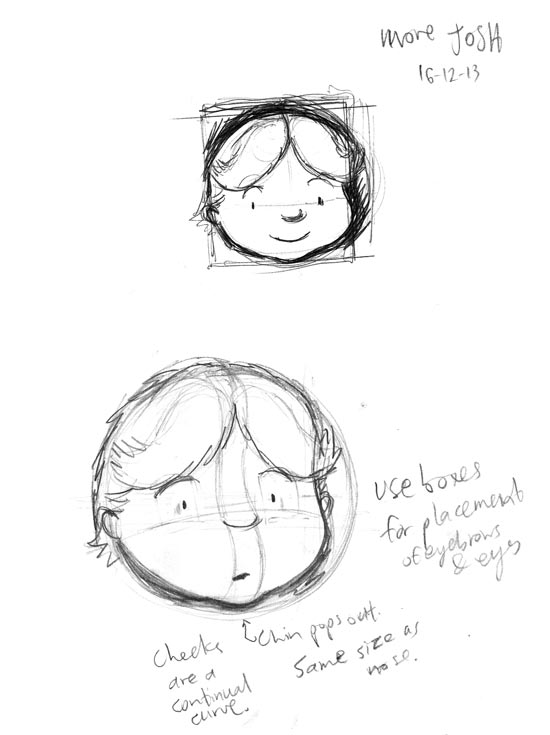 I made a standard colour version of each character too, so that I could keep their colours consistent. Here’s the colour sheet for Josh:

Next up will be Wolverine, along with his new friend…