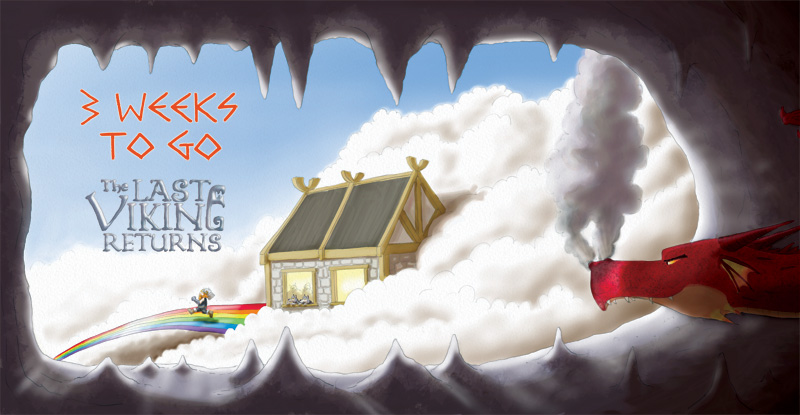 There’s only 3 (!) weeks until the release of The Last Viking Returns on September 1, and I’ve got a couple more behind-the-scenes things to show.

I’ve been focusing on one of the main settings in the book – a theme park called Viking World. I had to figure out the rough layout of the park early on so that I could map the journey made by Pop, Josh and the family. I also wanted to make the backgrounds of each illustration consistent with the map so that the reader could really believe in the fictional setting.

I mentioned last week that most of Viking World is based on Universal Studios in Singapore. Norman and I visited in 2012 and 2013 (strictly for research purposes, we didn’t have any fun at all).

Here’s a map of Universal Singapore:

And here’s the map of our fictional park, Viking World. It forms the front endpapers for The Last Viking Returns.

Both parks feature an entrance promenade with souvenir shops. Both have a lake. Both are colour-coded so that you can see at a glance the types of attractions in each area. Both have legends and symbols (and folds in the paper).

Early versions of the map were much sketchier. It took a while to come together.

Next week I’ll look at one final part of Viking World: the entrance gate.