I’ve been working on a great community project since April; I was hired by Yanchep Community Centre to redesign their playgroup outdoor area. It needed to be suitable for the 2-4 year olds from the weekly playgroups, and it needed to include a water play area and a music play area. it also needed to use as many upcycled materials as possible. Here’s what we did.

The area was pretty plain to start with – there was an old pergola, a sandpit, a plastic playset, a cubby house, a blackboard and lots of grass. 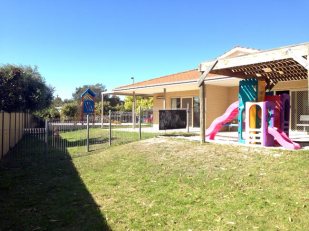 First we got input from the playgroup mums. What would their ideal outdoor area look like? What features would the area include? The number one issue was shade. There was plenty of space, but not much of it was in the shade. In summer it was a real issue. The pergola didn’t cover the playset properly; ideally they would like to have some shadesails installed. A second issue was flat ground. The kids loved taking the prams, bikes and scooters outside, but there wasn’t a purpose-built flat area to allow this kind of play. Ideally they wanted a bike track. From those initial meetings I made up some rough plans and concept illustrations. 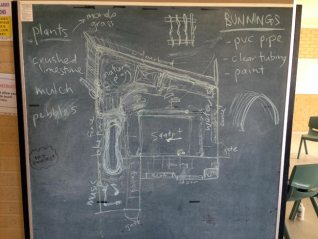 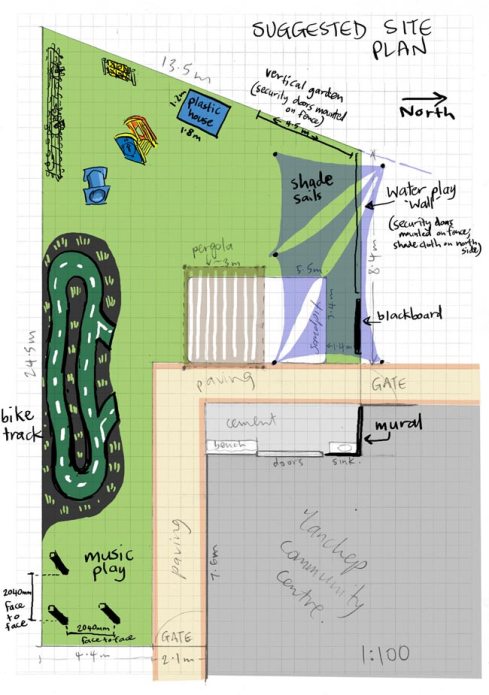 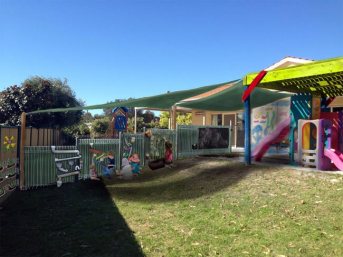 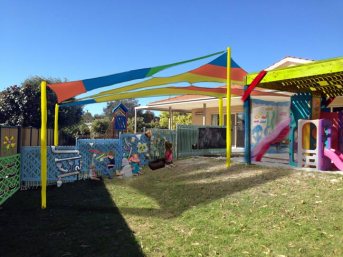 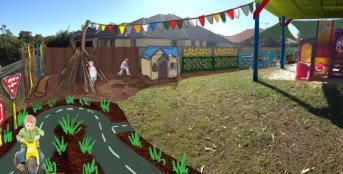 bike track and back corner concept 1 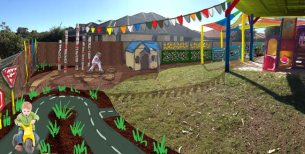 bike track and back corner concept 2 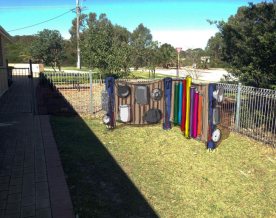 Many times my concepts needed to change on the go due to availability of materials. We had already grabbed some great things from Remida in North Perth; they’re a not-for-profit that collects industrial discard material and provides it for upcycling. We also received a lot of donations from playgroup families, and the City of Wanneroo provided yellow sand, mulch, old cricket training mats, old playground parts and security doors. The next stage was construction. We had a Saturday busy bee with many families donating their time and energy. We also had help from some morning playgroups and an afternoon youth group. Over many weeks, the outdoor areas began to take shape … 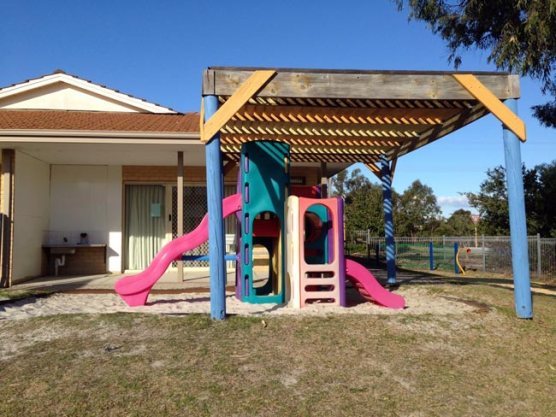 the pergola all painted 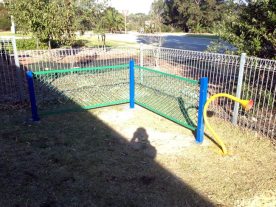 sparay-painting pots and pans for the music play area 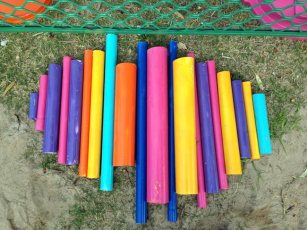 … and now – aside from some shade sails still to be installed – it’s all done! 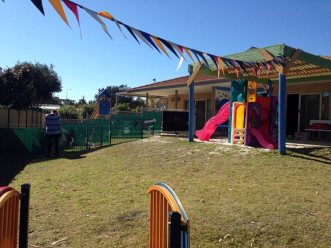 from back corner, looking towards pergola and water play wall 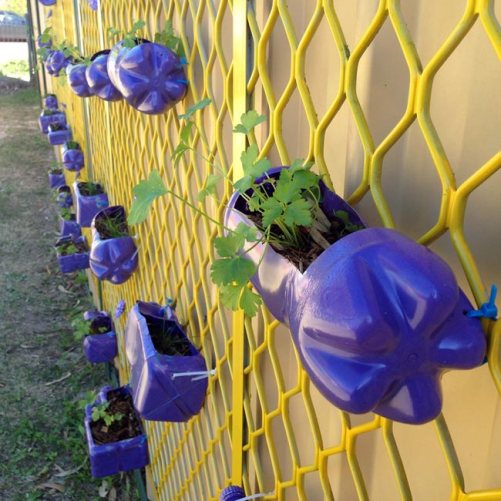 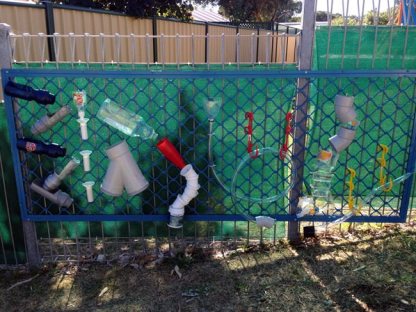 finished bike track (waiting for grass to grow back in centre)

Big thanks to Remida; to David Green and the City of Wanneroo; to all the families who donated materials, helped at the Busy Bee and assisted in the workshops; to the youth who helped with spray painting; and to Tweedie for hiring me. HUGE thanks to to Jenny , Ell and Nell at Yanchep Community Centre for continuously helping along the way. EXTRA HUGE thanks to Laura, one of the playgroup mums, who really pushed for this and volunteered a huge amount of her time; and to Jade, who was at the Centre on work experience and came back after her placement to help me get everything done. You made a huge difference!