My Dead Bunny includes a scene in a hotel lobby. It seemed like a natural opportunity to reference the classic horror film The Shining. My idea was rejected.

The final illustration is based on this rough: 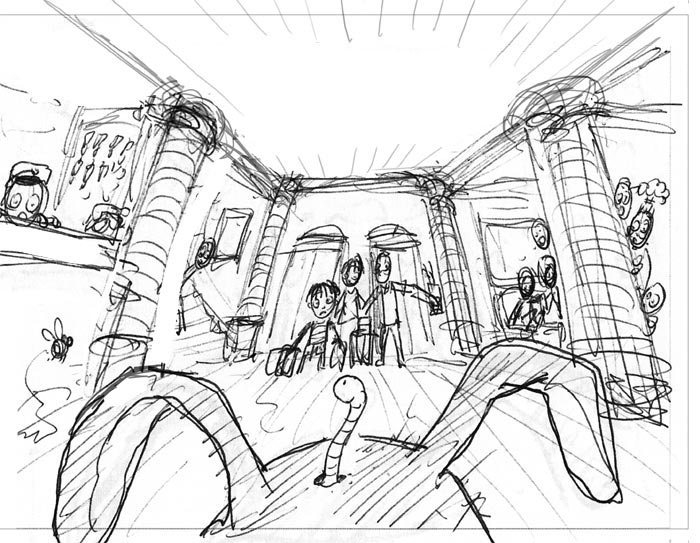 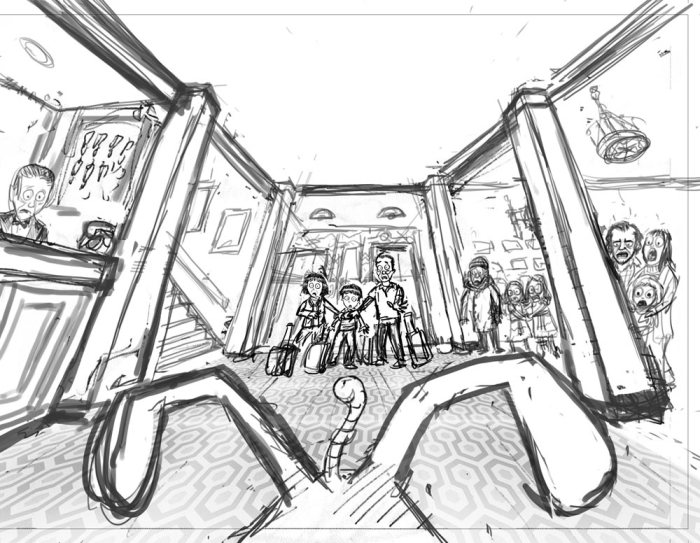 If you’re illustrating a spooky book and you have a scene set in a hotel lobby, you have to reference The Shining, right? I don’t entirely understand the film (who does?) but it’s an absolute classic in the horror genre, and I wanted to include as many references as I could. (Can you spot them all?)

The publishers were reluctant to go with this version though: they were concerned about copyright infringement. There’s also the issue of having a consistent tone in the book. While just about every scene uses visual conventions of the horror genre, there are no overt references to particular horror films; these Shining references would have stood out as unusual.

Part of me is glad this version didn’t make it into the book. Another part of me wishes that every page had background references to horror films.