My latest book, Brobot, was released in 2016. It’s a graphic novel for younger readers. I first started working on it in 2012. Over those four years I drew many different versions of the main characters – Sally, Joe and Brobot – and I’ll be sharing some of those over the next few months on this blog.

ABOVE: One of the earliest sketches of Sally Tinker. From 2012. This is from the very first draft picture book (well before we realised it needed to be a comic). She’s very cute here, and is in much the same style as Josh from The Last Viking. She has a tiny hint of the attitude she shows in the final book.

ABOVE: Another early sketch of Sally, from 2013, back when I was still trying to figure out her hairstyle and costume. Note that here she still has dots for eyes like Josh did in The Last Viking, rather than the cartoony circular eyes she has in the final book. 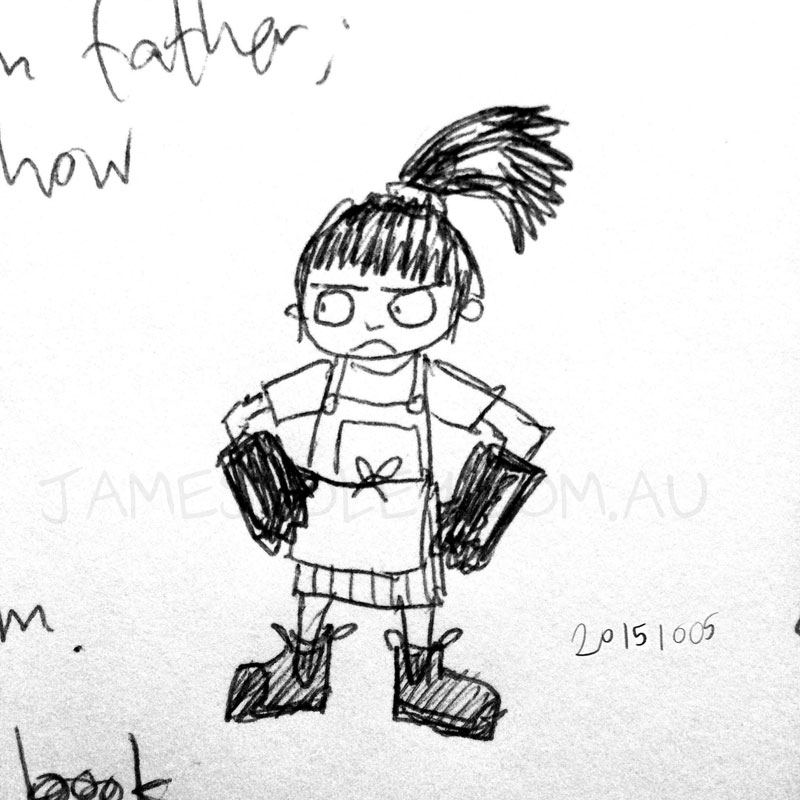 ABOVE: Another version of Sally, from 2015. Closer to her final version but not quite there. She now has circles for eyes, and her grumpy demeanour. The oversized rubber gloves didn’t make it to the final version.

ABOVE: Maquettes are super helpful when you want to figure out how a character looks in 3D. I was having particular trouble with Sally’s hairstyle and profile, and a maquette helped me figure that out. This is from January 2016, just as I started the final artwork. 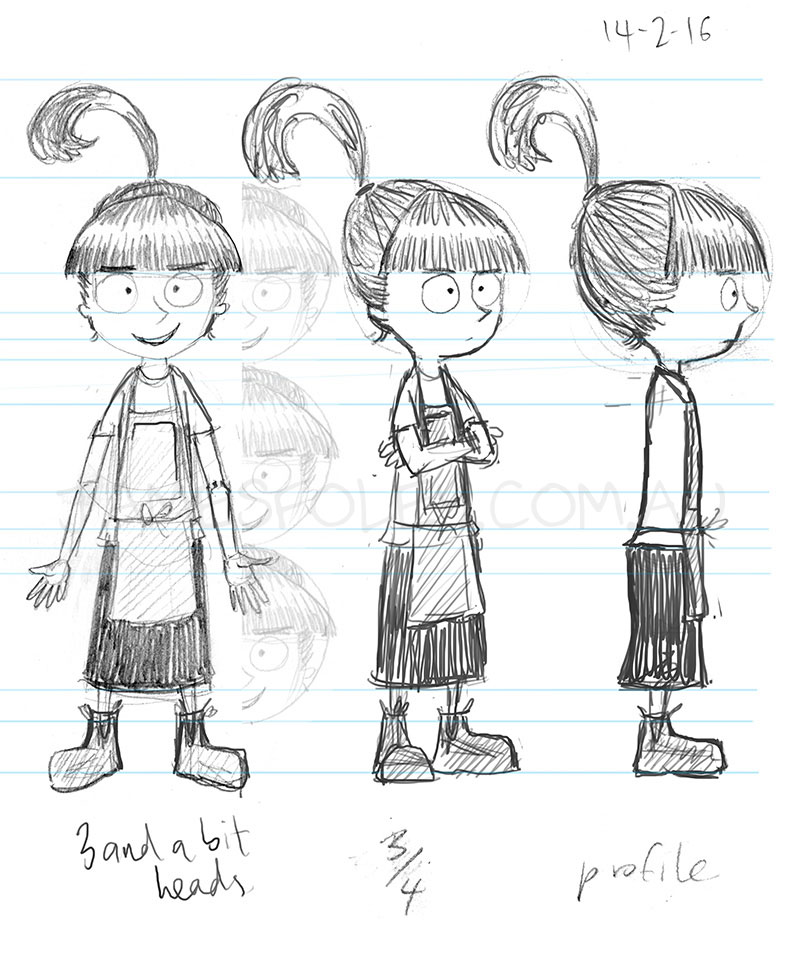 ABOVE: The final version of Sally Tinker, Feb 2016. When you draw the character from different angles like this, it’s called a ‘turnaround’. It’s a reference you keep by your desk when you illustrate a story so that you can keep your character consistent (ie this is also called keeping your character “on model”). I drew this after I had completed the final illustrations for the book. Pro tip: you should really make your turnaround sheets BEFORE you do the final illustrations, not after 😉 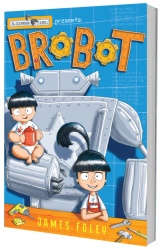