2017 marks the 5-year anniversary of my book In The Lion. 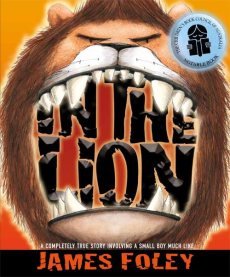 It’s a catchy cumulative picture book about bravery, heroism and a very hungry carnivore. It was my first book as author and illustrator, and my first with the wonderful team at Walker Books.

I recently realised that in the five years since the book came out, I never got around to sharing the costumes I made for each character in the book. These were quick, easy and – yes, slightly crappy – costumes I made in an afternoon from things you could find around the house, plus a few things from the $2 shop and the art and craft store. When I talked about the book at the Perth Writers Festival in Feb 2013, kids from the audience wore the costumes and helped me act out the story.

Hopefully these costumes (or something like them) would work for you and your kids at home, or even the students in your class, so that you can act the story out too.

OK, so! On to the costumes. 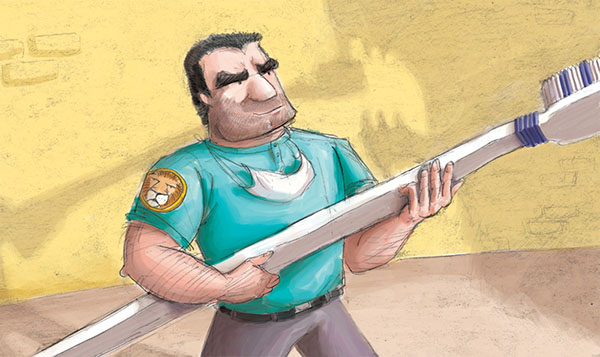 I painted a big toothbrush on a piece of card, and scored a face mask from a medically-minded sibling. 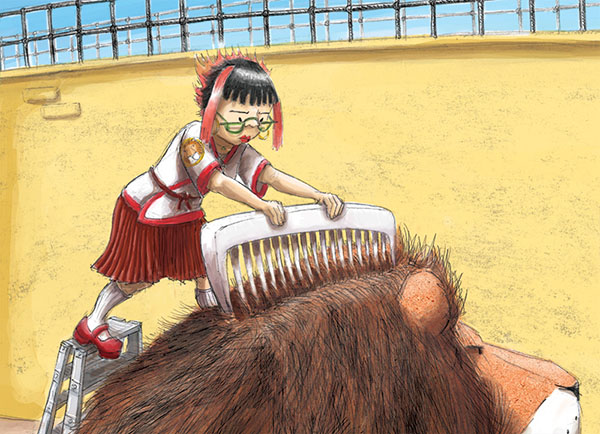 I cut out a big cardboard comb, and found some fancy sunnies in a $2 shop. 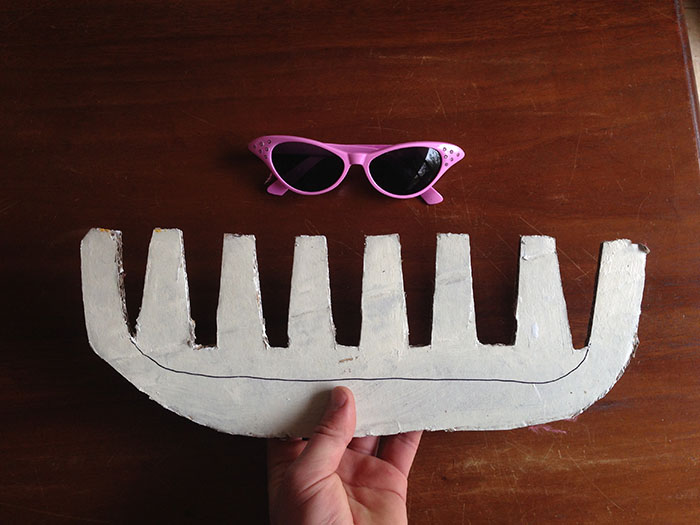 The Chef and the Zookeeper

For the chef’s cloche I grabbed a metal mixing bowl and a tray from the bottom of a cake tin. I found a squeaky dog toy shaped like a steak at a $2 shop. The chef also has a blue check scarf (a tea towel would work fine too). 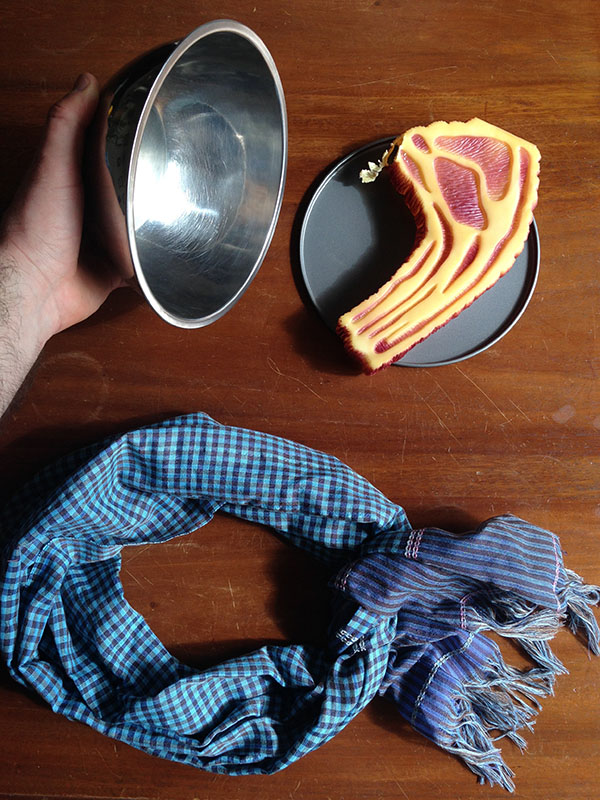 The zookeeper carries a most important prop – the key to the lion’s cage. I made one out of cardboard and paint. You could also grab a khaki shirt or jacket from a grown-up’s closet.

The walrus and the flamingo

This walrus mask is made out of half a paper plate (painted grey), a strip of elastic, and two horns taken from a plastic viking helmet.

The $2 shop had a pink feather boa. I also grabbed some wire and some pink fluffy wool from the arts and craft shop. I wrapped the wool around a length of wire to make the headband, and added some feathers I cut from the boa.

These guys get a paper plate mask and a tail each. The tails are made from some of the wire, plus some fluffy brown wool I bought at the arts and crafts shop. Strips of elastic keep the masks and tails on; the tails also have some velcro so they can be detached and reattached. 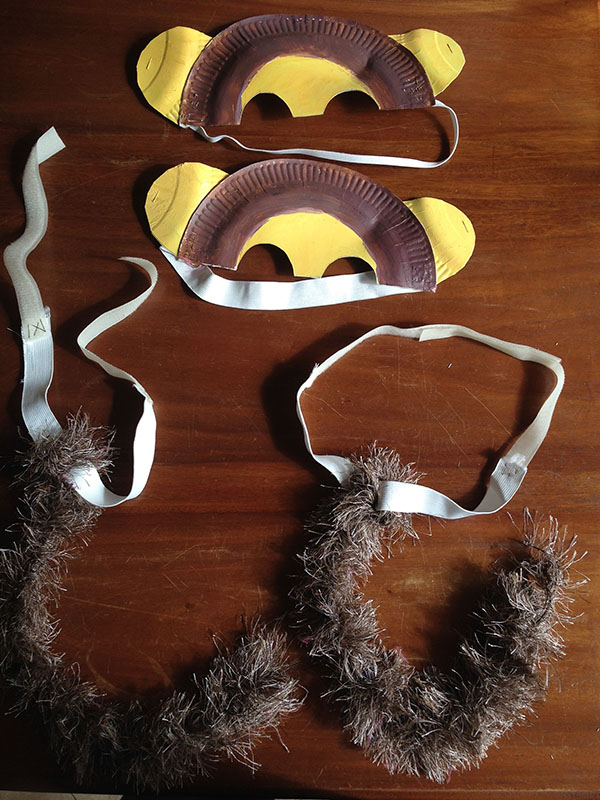 This guy gets a paper plate mask as well (with strip of elastic as per usual). This mask has a longish ‘nose’ to mimic the long snout of it’s real-life counterpart. The ‘claws’ are rubber gloves with halved wooden pegs hot-glued to the fingers.

So there you have it – my crappy In The Lion costumes.

Have you ever made any similar costumes for these animals? Got any suggestions for alternatives? Hit us up in the comments.

2 thoughts on “In The Lion: crappy costumes!”