Today I’m taking you behind the scenes to show you how I made the illustrations.

Here’s one of my favourite spreads from the book. It’s where Sally leads her friend Charli into the SUB (Sally’s Underwater Boat) for the first time. 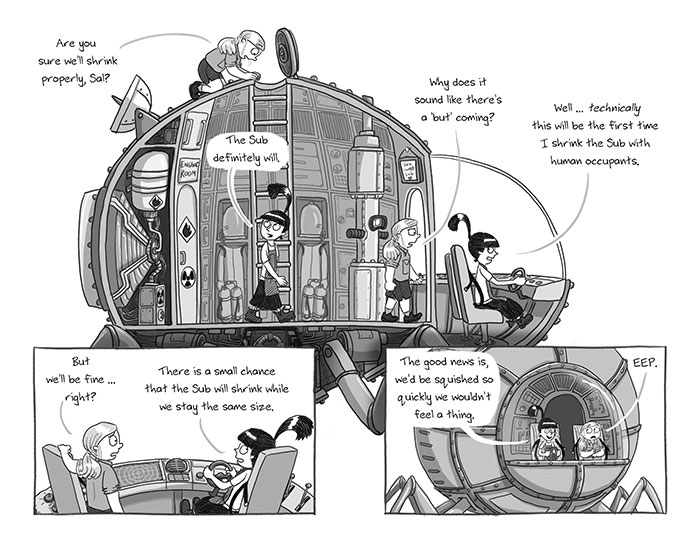 I thought it would be easiest to show the insides of the SUB by just drawing a massive cut-away diagram. Here’s how I drew it. 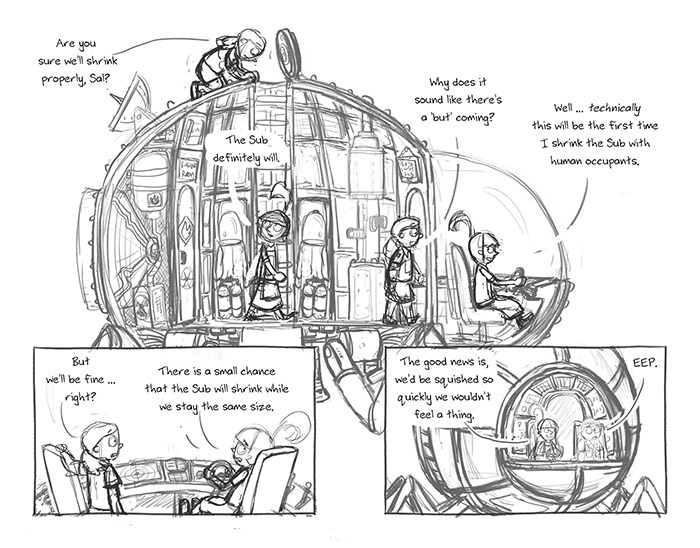 I already knew what the outside of the Sub looked like, so I just needed to figure out what the inside looked like! I noodled around with drawing wires and boxes and techy-looking things until it looked right. I also knew there needed to be scuba suits and a periscope, as they were used in the story later on. Apart from that, I just made stuff up, and looked at things like photos of the insides of real submarines and the International Space Station for inspiration.

In terms of storytelling, I needed to figure out where the characters would be and how they would act, and make sure their size in comparison to the SUB was consistent across all the different panels on this page. I also needed to make sure that the text flowed and that the reader would read the dialogue in the correct order across the whole spread.

Once that was sorted, it was time for … 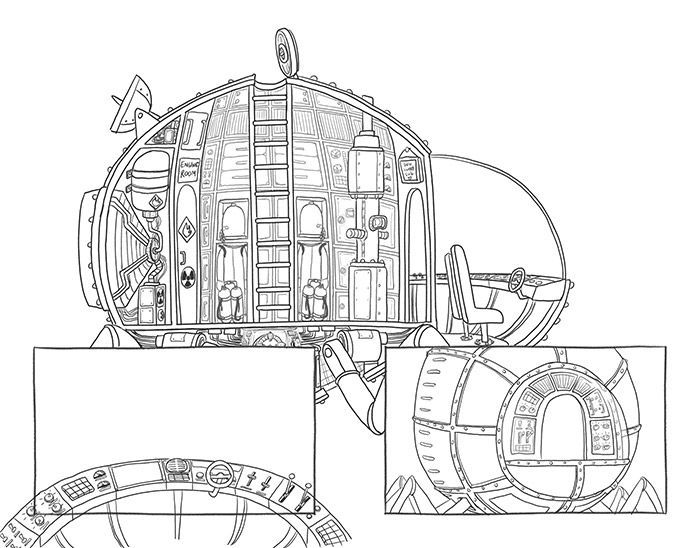 I overdrew all three elements in this page – the cut-away view, the control panel in the bottom left and the SUB at bottom right – so that I could reuse them all on other pages later in the story. (You can’t see it on the cut-away view or the panel at bottom right in this version of the image; I’ve hidden the extra parts of those drawings – but you can see it with the control panel at bottom left).

I wanted to create a sense of depth within the cut-away view of the SUB, so I stuck to medium greys for the background and also made the background linework a bit lighter than normal (to make it fade out). I kept the foreground elements in lighter grey with thick dark outlines so they would stand out.

I was planning on re-using all three of these backgrounds for later panels in the book, so I kept the characters on separate layers and added them in last, like so … 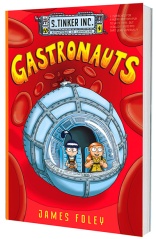