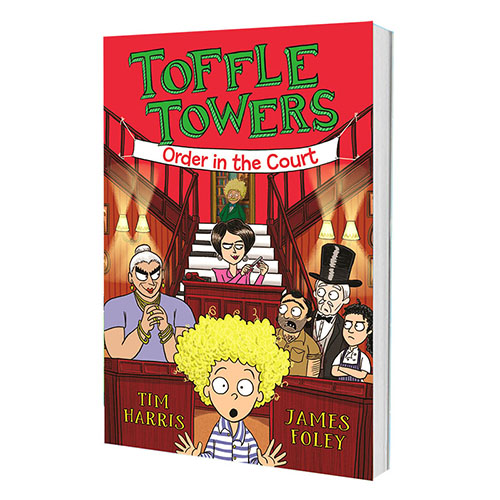 Join Chegwin Toffle for more fun and frolics as Toffle Towers gets snowed in. Amid the snowball fights, things start to go wrong when guests’ precious belongings go missing and Brontessa Braxton launches yet another assault to take over the hotel.

Will Chegwin catch the culprit? Will he be able to beat Brontessa in court to save his beloved hotel and staff? And will he ever find the missing room 50 and the hotel’s mystery guest?

Another stellar story written by Tim Harris,  and illustrated by James.

More books in the series: