There’s a bunch of bullies in the book that badmouth and boss and generally behave like bumheads.

In the original storyboard Norm and I had the idea to make them faceless and shadowy, shown only in silhouette until the final pages. If you can’t see their faces they become creepier… the reader can add whatever face they want to the bullies. We thought this would be clever.

When we saw it as a picture, it wasn’t clever.

Here’s one version of the faceless bullies (with an early version of Norm’s text): 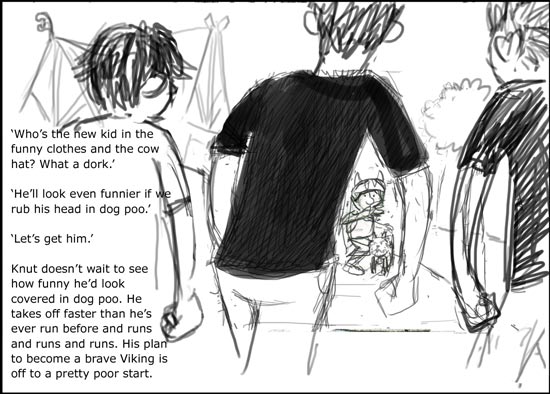 One problem with making them faceless is that you can’t quite tell how old they are. They’re supposed to be around Josh’s age, maybe slightly older and bigger- but here they look like teenagers.

It’s a good viewpoint, but it’s too terrifying, particularly when their age is unspecified. And the obvious threat of physical abuse is not appropriate for a children’s book.

The original was worse- 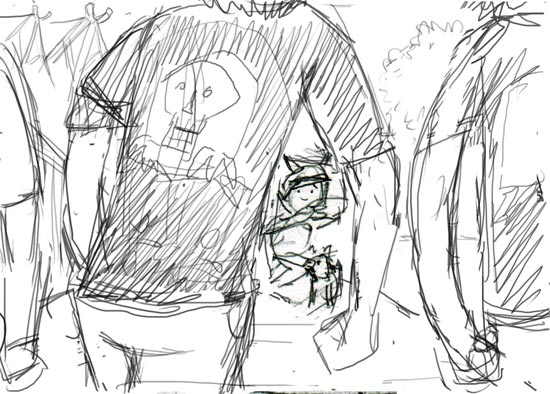 Here you can’t tell how old they are at all. They could be 30. Horrible. It needed to change.

Now, the bullies are shown for what they are- nasty little boys. The sequence below is from the colour roughs. 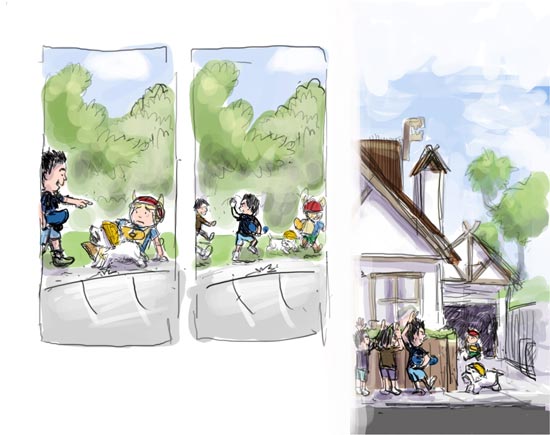 Wolverine was fun to draw in this sequence. He could finally show some expressions other than very happy and happy.

(Norm and Cate are still negotiating over the text for this sequence, so I’ve left it out. You’ll get to read it in the final book.)

2 thoughts on “How to Draw Bullies”