I spent the last week of August in Kalgoorlie, an old mining town in Western Australia’s goldfields. The Library hosted me, and I saw three school groups a day for 5 days.

I’d been to Kalgoorlie twice before but only ever briefly (my first visit was for year 7 camp back in 1994). This time around I got to explore it more, and also see the nearby towns of Coolgardie and Kambalda.

Out there I was struck by how big the sky was. Sometimes you can see all the way to the horizon with nothing in the way. 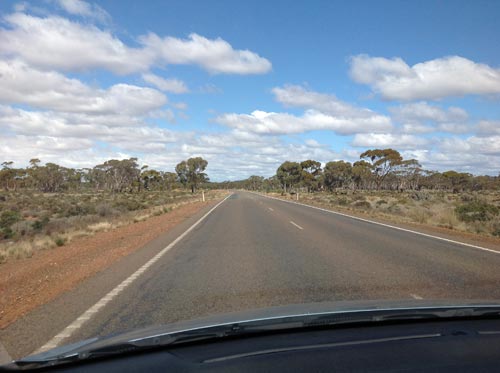 They’ve got big trucks too. 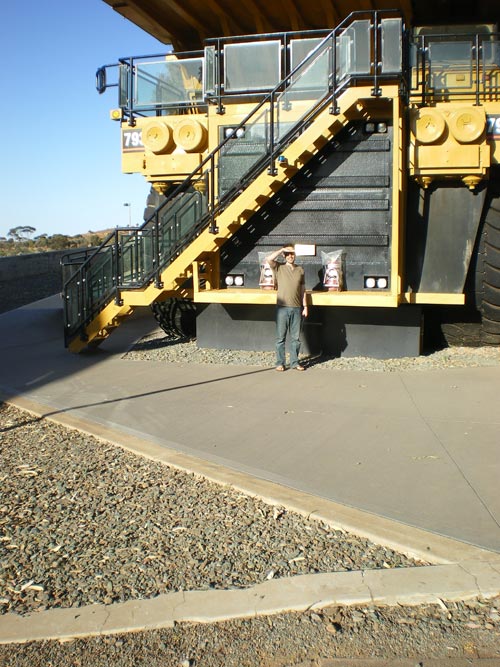 And a big pit- a superpit, in fact.

I turned 30 during the week, and it was definitely one to remember. I had three different school groups (one of which was an entire school) sing me happy birthday. One of the groups had prepared me a huge bundle of birthday cards! There’s too many to put them all up here, but I’ll make a photo gallery on facebook to show them off. Here’s my favourite one, from Michael. Great picture too. 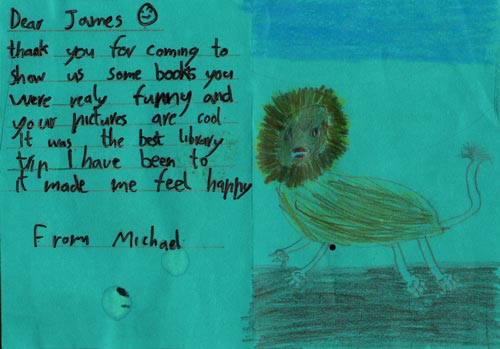 The daughter of one of the librarians made me a lion cake as well. I was spoiled rotten.

I also did a short radio interview with fellow author Lorraine Horsley when I was visiting Kalgoorlie for Children’s Book Week. Lorraine runs the morning show on ABC Goldfields. Thanks for the plug, Raino! You can find the interview here.

Thanks to Claire and Peter for feeding me and showing me around, and all the staff at Kalgoorlie Library for having me.

Here’s some viking god designs from Rohan and Christian in Kalgoorlie: a colourful version of Thor, and a hairy bloke called ‘Bothgolong’, the god of fire and leading the Vikings. 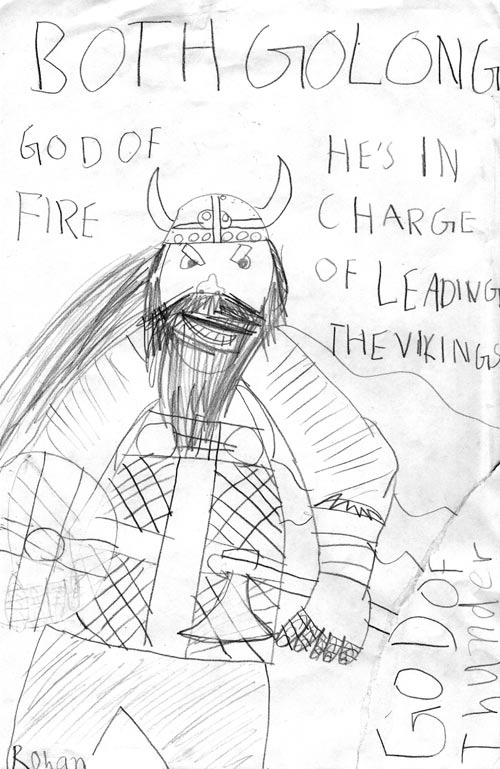