As part of my Children’s Book Month, I was invited to the Cocos Islands. 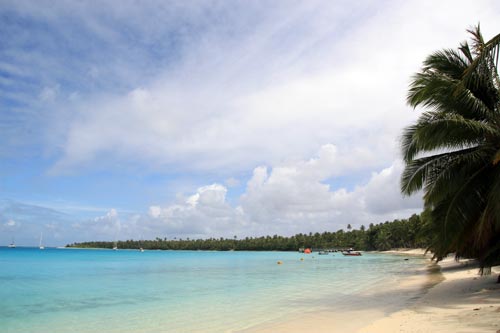 I was flown out to the middle of the Indian Ocean, to a beautiful tropical atoll, a ring of 26 islands of which only 2 are inhabited, and I was paid to be there and draw with groups of schoolkids.

My job is tops.

The 2 inhabited islands are called West Island (where most of the Aussie expats live) and Home Island (where the Cocos Malay community has lived for 8 generations). The two islands each have their own school, and I visited both schools over three days. The kids were the loveliest, most talented, most well-behaved I’ve ever come across anywhere.

Maybe they’re lovely kids because they live in such a beautiful, safe place. Everyone is friendly and relaxed. People leave their car keys in the ignition, they leave their doors unlocked… it’s a different world.

The wildlife is hilarious. West Island is home to feral chickens and goats, and several species of crab- hermit crabs, land crabs, and my favourite, ghost crabs. These guys are the same colour as sand, and when they spot you they take off like they’re jet-powered. They run at almost 2 metres per second, straight to the water’s edge where they can bury themselves in the mud. Only their eyes stick up from the sand, watching and waiting until you’ve moved on. One day I also found a rather large land crab blocking my way to the library door; he held up his claw in protest. I had to shoo him out of the way with my flipflops.

If you’re into fishing, birdwatching, windsurfing, kitesurfing or snorkelling, Cocos is the place to be. The most picturesque of the islands is Direction Island, where the locals go on a saturday to spend a day swimming in pristine water, lazing around on soft white beaches, or watching reef sharks and leopard fish going about their business in ‘The Rip’, a deep trench connecting the ocean to the lagoon. 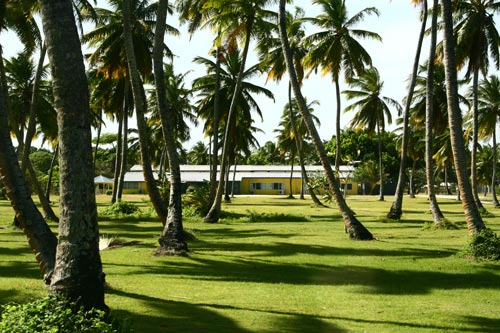 …and here’s the view from the classroom.

and here’s the maquettes they made!

and helping out one of the younguns

and leading the whole Home Island Primary School in a collaborative comic. 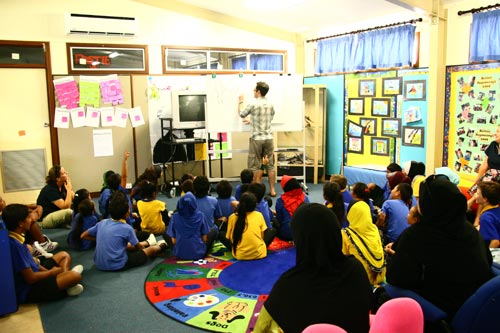 Here’s what they came up with- a pelican called Bob who wants to get home:

Here’s what years’ 4-6 came up with for their collaborative comic: 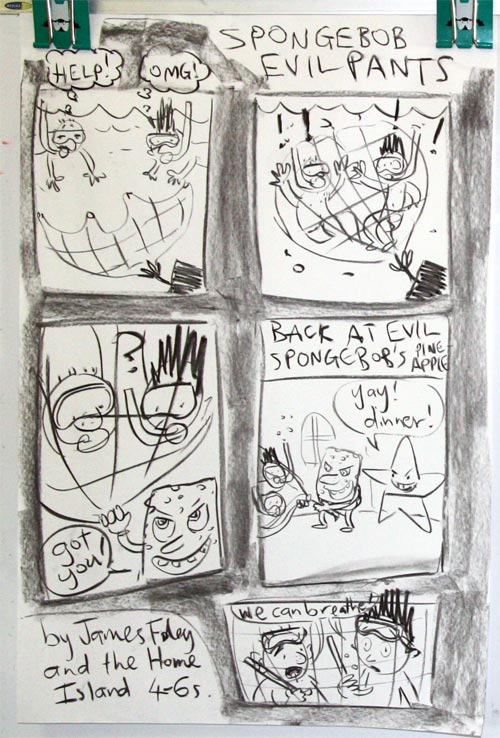 Another hard day at the office… 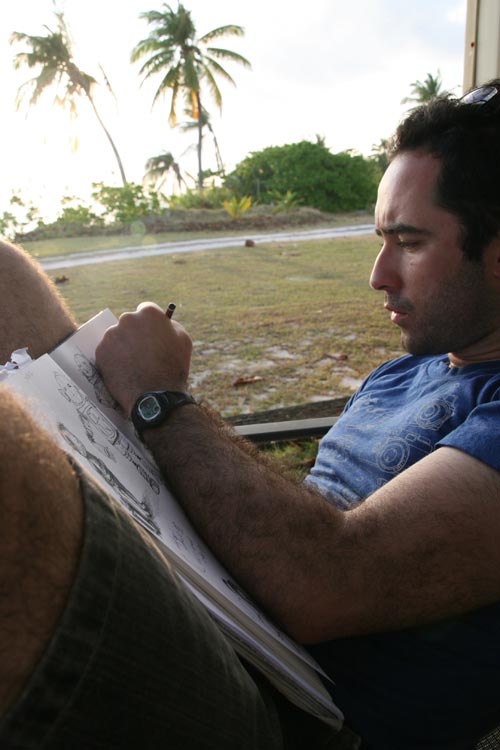 Thanks to the Cocos chalkies for having us, in particular Mike and Jan. Thanks to ‘Lameass’ and ‘Ringer’ for making our Hash House Harrier experience one to remember (I’m lucky I still can). Thanks to the ladies at Dory’s for making great coffee. Thanks to Jose for our lunch packs! Thanks to everyone else we met who made our stay so memorable. And thanks to The Literature Centre for sending me.