Norm and I were stunned to see the following Viking-inspired artwork from year 2s at Guildford Grammar in Western Australia.

There’s Viking helmets, self-portraits with rune-encoded titles, and longships all over the place! It’s no wonder they won an in-school Children’s Book Week competition for best classroom decorations.

Well done year 2s. This really made us smile 🙂 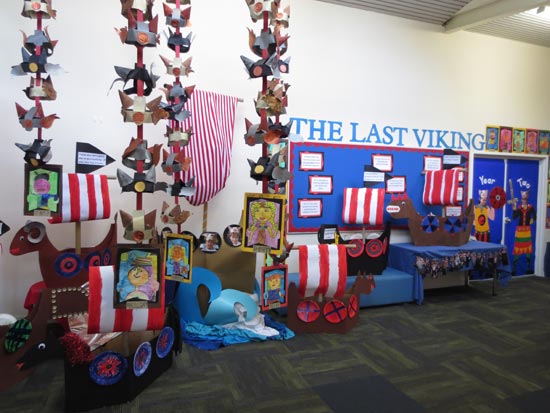 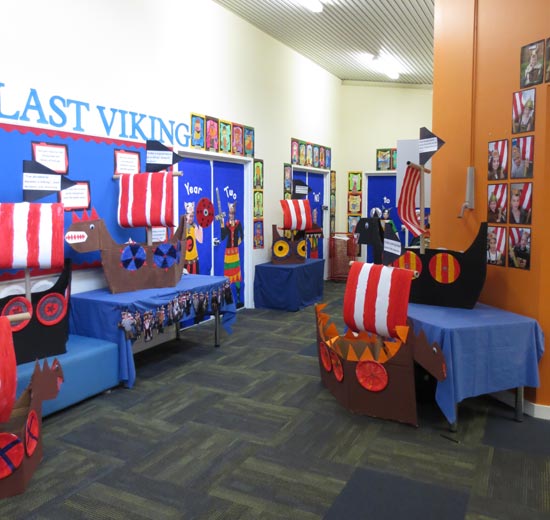 One thought on “Award-winning Viking display by young berserkers”