It’s been a long time between posts! Thanks for waiting. I’ve been working on three chapter books, e-books actually, called the Amity Kids Adventures. Book 1 is called Magpie Mischief, Book 2 is called Disturbing the Peace, and Book 3 is called Kidnapped! They’re written by Jon Doust and Ken Spillman and illustrated by me.

Originally I was just going to illustrate the third book, Kidnapped (which started with the title Mega Mayhem); The other two books in the series were already published in paperback but were out of print. Ken and Jon wanted to self-publish the third book as a comic book, but they needed an illustrator… so that’s where I came in.

I started working on Kidnapped a long time ago, 2007 or 2008. This was before I’d even started on The Last Viking; I was completely green. The development process taught me a lot about illustration and while it helped me find my style, for the most part I struggled to get my work up to scratch. After three aborted attempts to make the book – as a graphic novel, a chapter book and a comic strip serial – I gave up. I didn’t know if I could do it. To be honest, I wasn’t sure if I’d ever do it. There was a huge cast of characters, I was concerned about consistency and my skill level just wasn’t there yet. The repeated failures left me feeling pretty washed out.

Around 2011/12, Jon and Ken had a final idea: we self-publish Kidnapped as an e-chapter-book. BUT, we re-release Books 1 and 2 as well. *Deep breaths.* Ok. After completing two colour picture books, I felt I had a better chance of achieving this. And chapter books were a more manageable size than a full length comic (which I’d still like to do one day, providing I get quicker at drawing!). So early 2013 I finally sat down and began working on illustrations for all three e-books.

Coming back to the Amity cast was fun, daunting, and surprising. Fun because some of the scenes in these books are hilarious. Take the Bumcrack Kid as an example; he steals the show in Magpie Mischief and Disturbing the Peace. Or at least, his bumcrack steals the show. The process was daunting because I completed the artwork over a period of 6 months or so, and I struggled a bit with consistency. I think that must happen with every project. The process was also surprising, because for a lot of the time I felt like I was pulling teeth; I had to overcome the fear and get on with it. But every now and then a picture just clicked, and I felt that rush of excitement that comes with creative work. The biggest surprise was the feeling I had when I finished the very last illustration. I actually missed the Amity Kids gang. It sounds ridiculous, but I’d come to know them pretty well, and I loved seeing them come to life on the page. But now it’s your turn to read the book and enjoy their company.

Yeah yeah that’s nice and stuff, but why is this blog post called ‘A Gorilla and a Gumnut?’ I hear you ask. Aha. Yes. Well in the third book, two thieves rob the school, and the Amity Kids have to catch them. The thieves are named Tank and Doopa, and they’re my favourite characters from the whole series. Their appearances are based on a gorilla and a gumnut.

The original text describes Tank as “built like a gorilla”. In contrast, Doopa is “a stick insect with a beanie”. Here are two of my first sketches for the characters, completed years ago (c.2007): 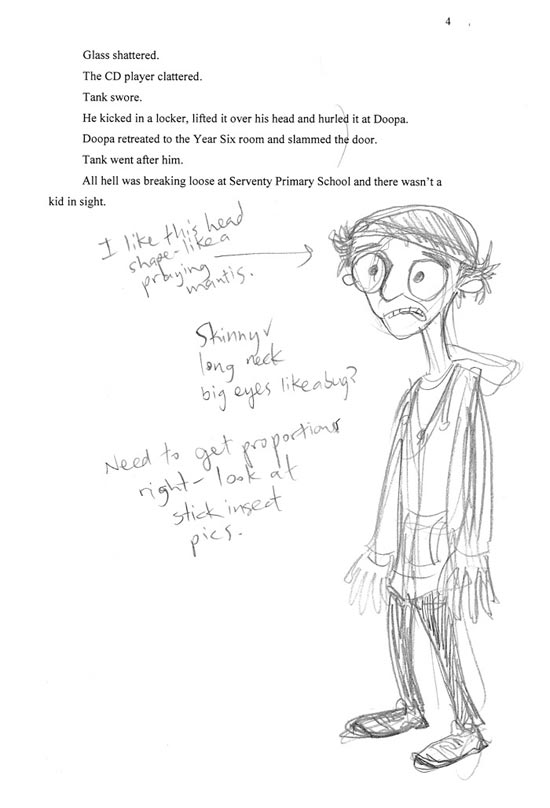 I had a closer look at pictures of gorillas and got some pointers for Tank- he needed to have a thick, overhanging forehead and a fat jaw. 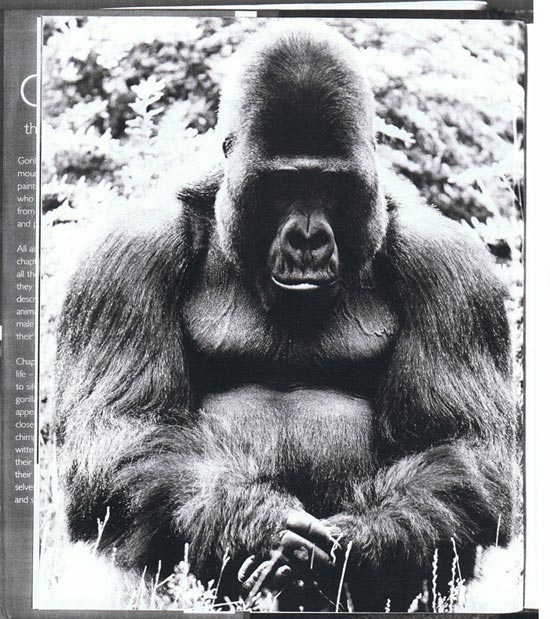 I looked at pictures of stick insects too, but found they weren’t much use for inspiration – they just look like sticks. But I did find a gumnut on a tree down the street, which to me looked like a little head wearing a beanie.

So I had another go. Here are Tank and Doopa v2.0. 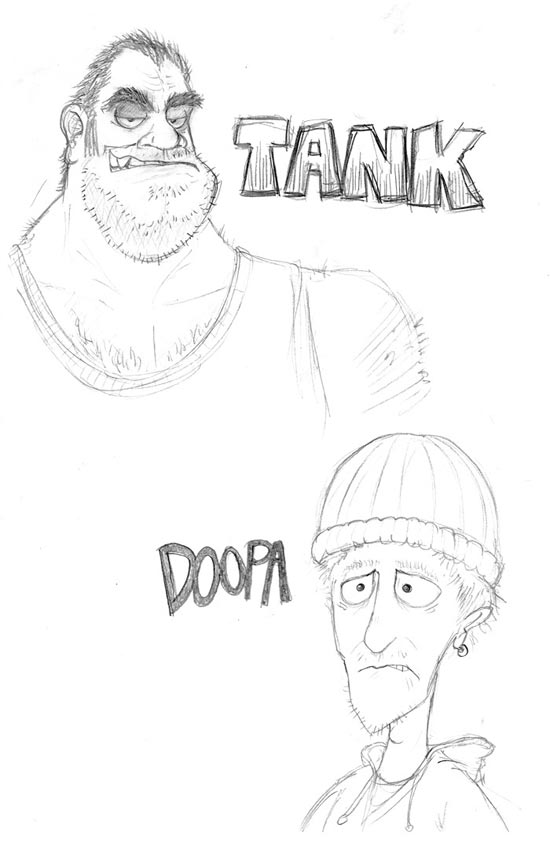 At this point I was still doing full circles for eyes. There’s a heck of a lot of detail in these characters too- I wouldn’t have been able to reproduce them consistently over a whole book, not then, not now. I kept refining the designs.

Jon and Ken liked the ideas but they thought Tank needed to look younger.

Around this time I started attending clay sculpture classes. I made maquettes of some of my characters, including Tank and Doopa. This work influenced my style a lot, particularly the way I draw eyes.

I was almost there. Tank and Doopa were a lot simpler at this point. Here’s a sketch from 2009, around the time I started working on the roughs for The Last Viking.

Then, after a long hiatus, I came back to Tank and Doopa this year. And this is how they turned out.

And to think these characters started with a gorilla and a gumnut.

Amity Kids Adventures, Book 3: Kidnapped! will be available as an e-book very soon. Check out the official page for more details.

Book 1: Magpie Mischief and Book 2: Disturbing the Peace are available to download now for iPad, Kindle and Nook.