Next up in the family are the twins.

The twins only appeared once in The Last Viking – on the very last page. I didn’t give a lot of though to their design. I didn’t think I’d need to draw them more than once. I was wrong.

Norm has fleshed out their personalities in The Last Viking Returns. It turns out the twins are not all sweetness and light – they are berzerkers in the making.

I needed to refine their appearance, make them look a bit older and cheekier, and practice them before trying to do any final artwork.

These are my sketches and notes. 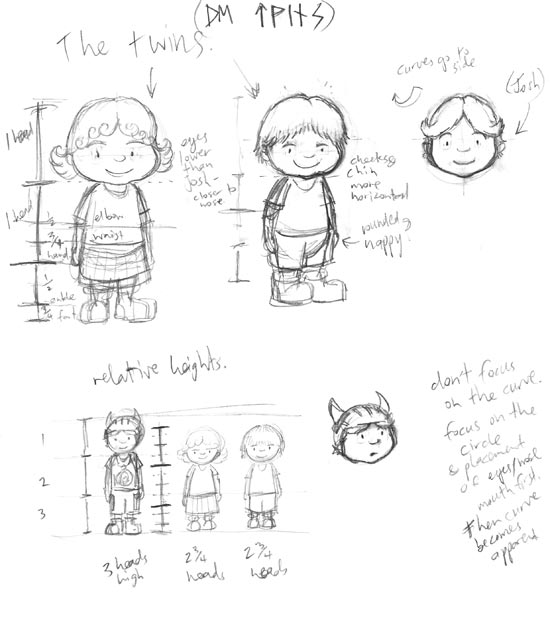 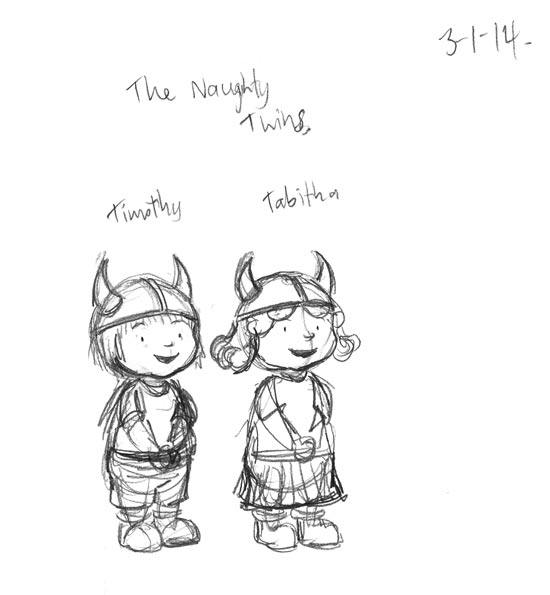 I made a standard colour version of each character too, so that I could keep their colours consistent. Here’s the colour sheet for the twins: 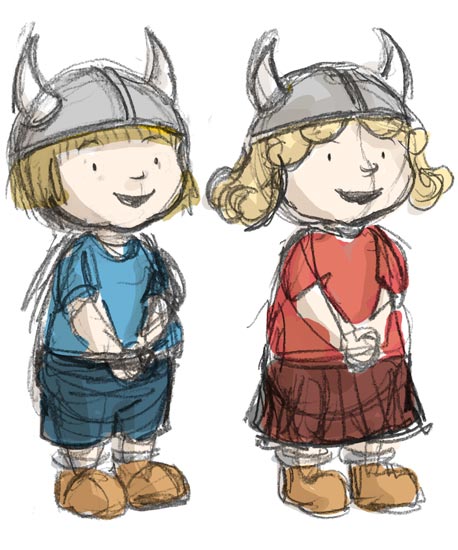 Point to note: the twins have never been officially named. I’ve been referring to them as Timothy and Tabitha (which aren’t very Viking-like, but to be honest neither is Josh).

Have you got some names in mind? Give us your best ideas in the comments.

2 thoughts on “Character design – the twins”

The Last Viking turns 10 in 10 days. ⁠
📚 Very happy to be one of @cityofsouthperth libraries’ 2021 children’s literature champions! 📚
I had a ball working with @nordangliaeducation over the past year on their global campus comic book competition. Students from Nord Anglia schools around the world were invited to create a comic about an invention that could help tackle climate change. First I pulled together a bunch of videos to teach the students the skills they would need to write and illustrate their own comic stories. Then the students made their comics. Four winners were selected in different age categories, and their prize was to have their winning comic recreated by me! Here’s a preview of the winning comics. Congrats to the winners, you made such fantastic stories!!
🦁 In The Lion is back in print! 🦁⁠⁠
Here's a little excerpt from my comic serial 🦑 Get Kraken 🦑, featured in this year's @theschoolmagazine. ⁠
I don't do freelance jobs often, but this was for a friend and it was too much fun to pass up. ⁠⁠
I'll be at the WA Day festival at Burswood Park this coming long weekend!⁠⁠
Some fantastic news: my next picture book Stellarphant is headed to the USA! ⭐🐘🚀🇺🇸⁠