I’ve covered Josh’s family and some of the Viking characters already.

Today I’ll show you my sketches of Odin.

Odin is the head honcho in Norse mythology. Lots of schoolkids get him confused with Zeus, and understandably – both are old men with white beards who live in the sky. (It’s no wonder that the Christian God is sometimes imagined as an old white-bearded man, considering the centuries of similar depictions that came earlier).

This is my character reference sheet for Odin.

I made a standard colour version of each character too, so that I could keep their colours consistent. Here’s the colour sheet for Odin: 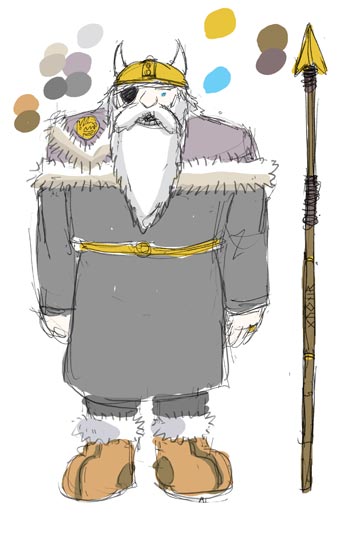 Next week we’ll look at my sketches for the goddess of love and beauty, Freya.