I’ve covered Josh’s family and most of the Viking characters in previous posts.

Today I’ll show you my sketches of Freya.

Freya is the goddess of love and beauty. In the original mythology, she rides a chariot drawn by two giant cats.

She appears briefly in The Last Viking but looking back I wasn’t happy with her depiction. I kept her costume the same for the The Last Viking Returns but I changed her face and body shape.

Viking women were just as fierce as their male counterparts. Norman and I wanted Freya to be tough enough to run into battle with the boys, so I made her taller and stronger than she’d looked previously, and gave her a sword too.

This is my character reference sheet for Freya. 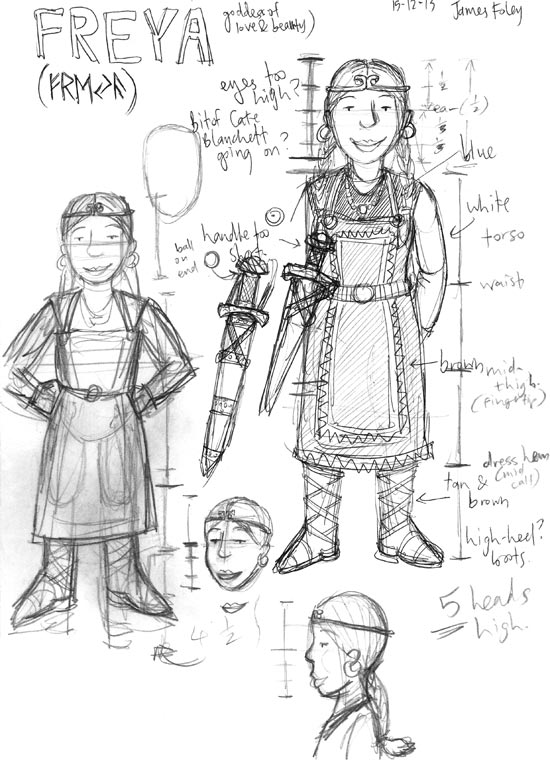 I made a standard colour version of each character too, so that I could keep their colours consistent. Here’s the colour sheet for Freya:

Next week we’ll look at my sketches for Odin’s pet wolves.