I’ve covered Josh’s family and most of the Viking characters in previous posts.

Today I’ll show you my sketches of Odin’s wolves.

As well as two pet ravens, Odin has two pet wolves. Their names are Geri and Freki. Both names translate as ‘ravenous, greedy’. Not that they display these qualities in The Last Viking Returns; they are more heroic, joining Sigurd as he faces off against Fafnir the dragon.

The two wolves also provide a parallel for the dogs that accompany Josh on his journey in the book.

This is my character reference sheet for the wolves.

I made a standard colour version of each character too, so that I could keep their colours consistent. Here’s the colour sheet for the wolves: 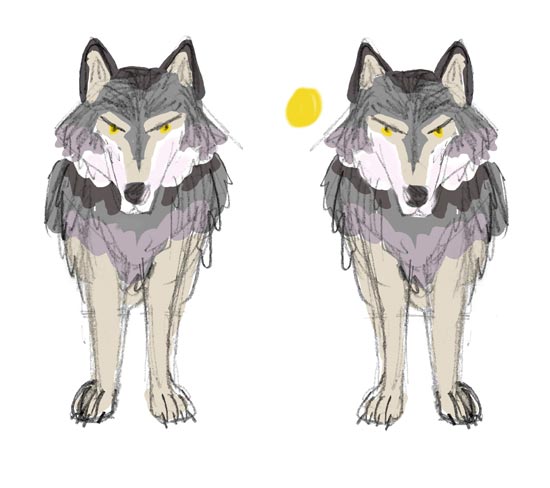 I don’t think I did too badly drawing these two; they probably look a little too much like huskies rather than wolves. There’s so many subtle differences between dog bodies and wolf bodies, I still think I need practice!

That’s it for the Asgardian characters. Next week I’ll introduce one of the villains – the Dragon King.