My client was the education resources team at Caritas Australia, the aid and development organisation of the Catholic church. (Way way back in 2005 when I was at uni, I had the chance to travel to Cambodia with Caritas reps to see how aid and development works. What impressed me most was the way Caritas worked with everyone, no matter what religious background they came from, and didn’t enforce any ideology upon them; it was all grassroots development work organised by local groups who knew the needs of their population. Amazing stuff). So when this freelance job came up I jumped at the chance.

I had to create a two-page comic for each of the 6 Catholic social teachings (CSTs); it’s a very official-sounding name for what are actually very basic principles, things like the fundamental dignity of the human person, the need to look after the environment, etc. Caritas tries to uphold these principles in their work.

The comics and cartoons would be used as part of a teachers’ resource for Catholic schools around Australia. My comics needed to explain the CSTs clearly to a primary-school audience.

First I had to develop two mascots who would guide readers through the materials. Here are the first sketches. You’ll notice they changed a little in the final comics. We deliberately chose non-Caucasian characters. 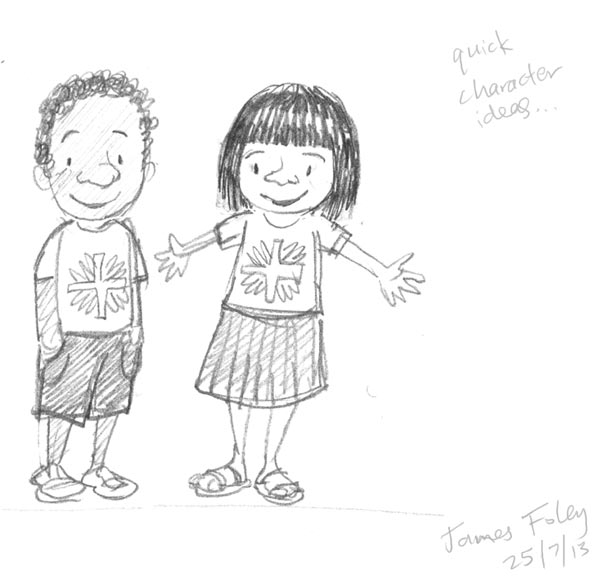 Secondly, I took Caritas’ script and laid it out into digestible chunks. I did this in photoshop first. I also laid in rough sketches of the mascots. This showed me how much leftover room I had for images and sped up the process considerably.

(I have to admit that the process was rarely as neat and tidy as I’m explaining here; quite often I had already scribbled tiny ideas for panels on random scraps of paper before this step). 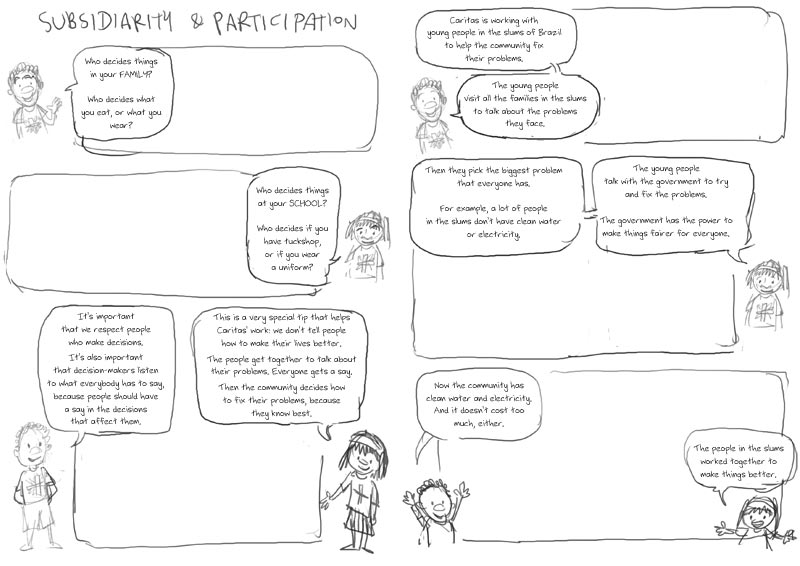 I printed out my guides and sketched ideas directly onto them, then I scanned the sketches back into photoshop. 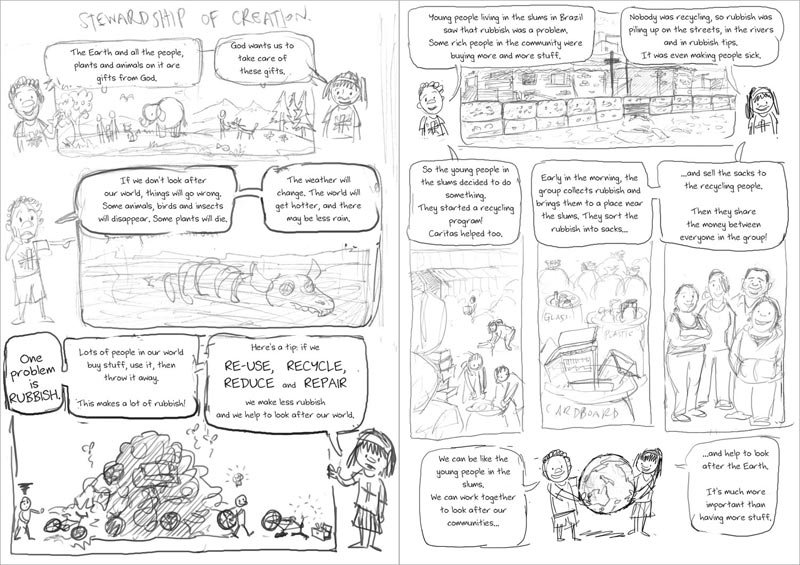 Then after some feedback and revision I added inks, colours and a few textures.

I was happy to hear the comics were well-received by teachers and students. It was a fun project … hopefully I get to work on my own comics some day too.

You can see the rest of the comics below, and you can access the entire CST Educational Toolkit here.